Not really...that was a TRICK!  heh heh!

Introducing a few..um heads of the kitchen?  Do you mind? 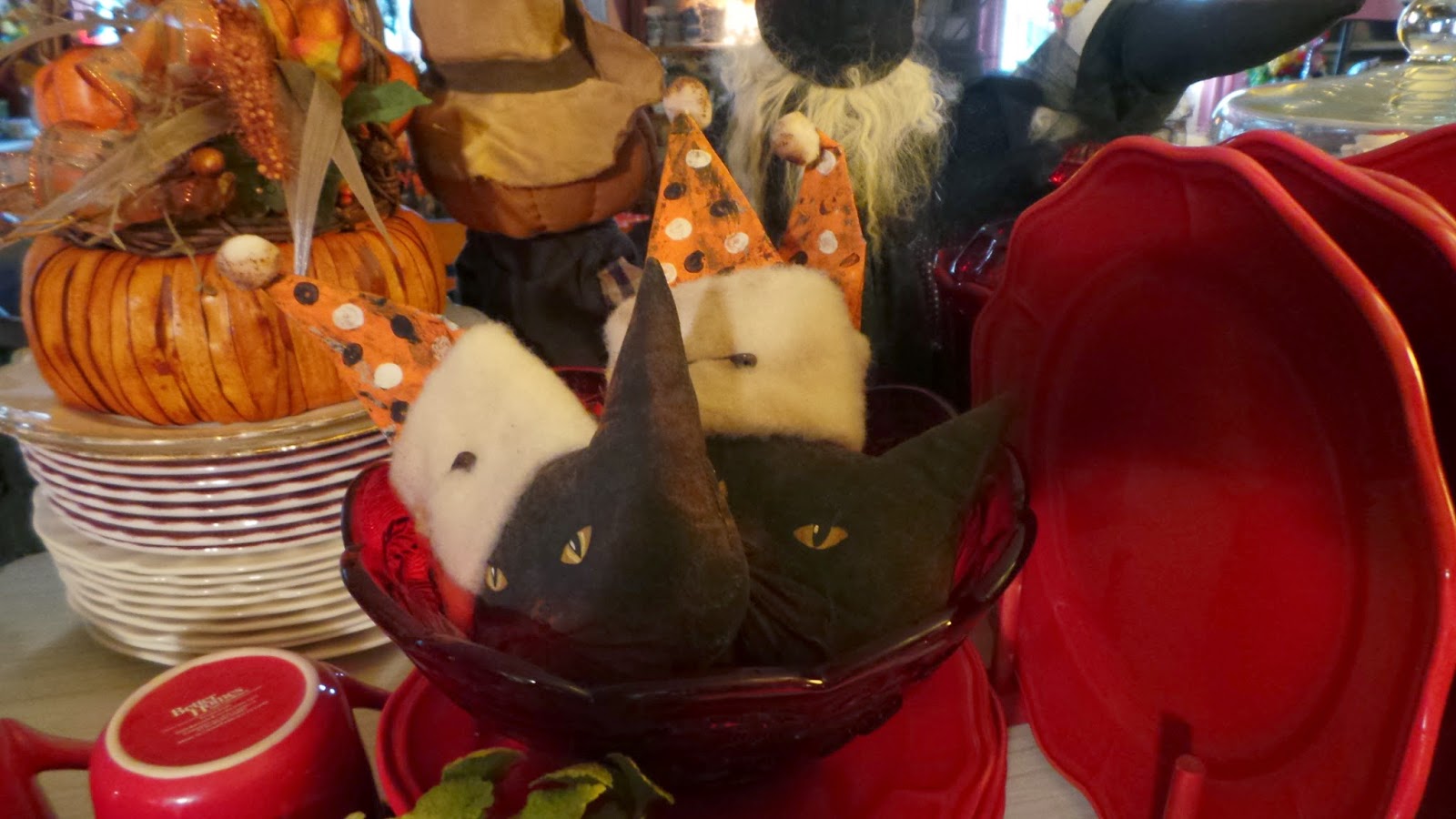 A bowl bull of kitty heads?  In the kitchen?  Gross, but Halloween is coming soon and I wanted to be a tiny bit scary.
Just a bit?  (shhhh..they don't know they don't have bodies...) 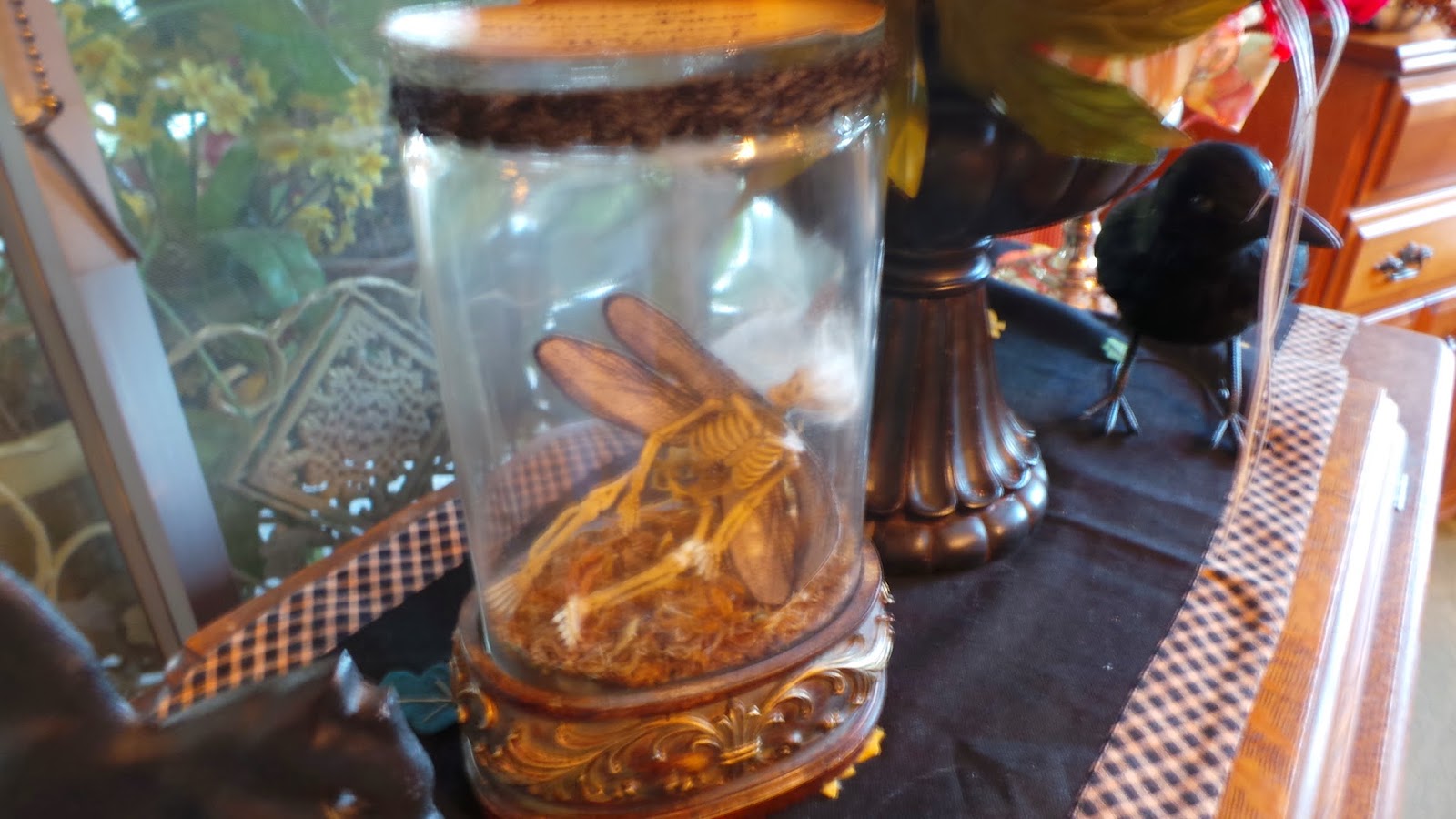 I still treasure this bit of art work.. the remains of a poor foolish little Fairy that didn't believe in Witches..  I don't believe that, do you? 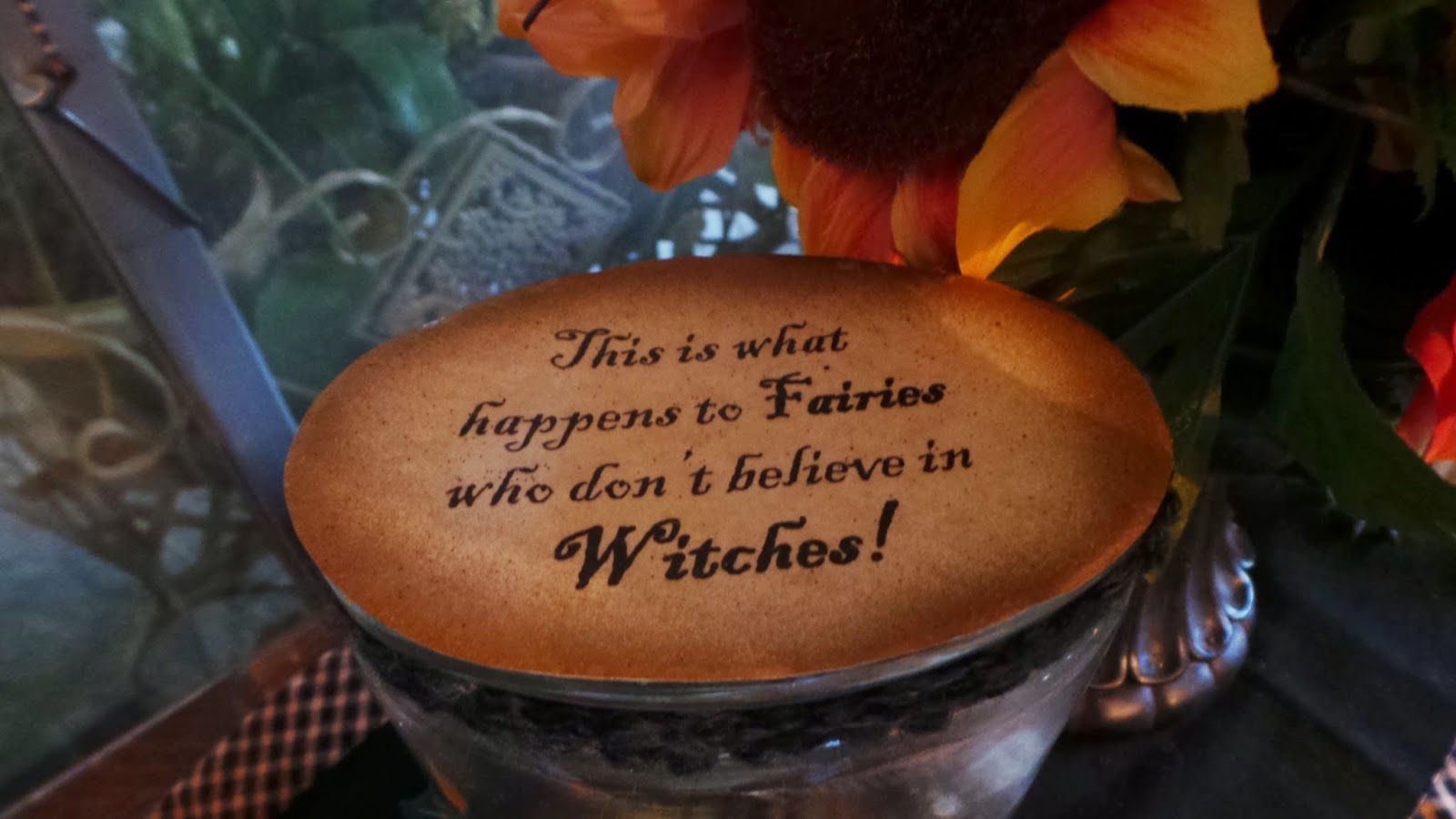 ....but see what it says on the lid of the jar?  My little neighbor girl comes over every year and looks for things she has seen before...and this one in particular.  She always lets out a squeal..kids love to be scared.
She is so cute.  She began her visits about four years ago..and this year..was not too happy with my delay in decorating.  (neither was her mother) 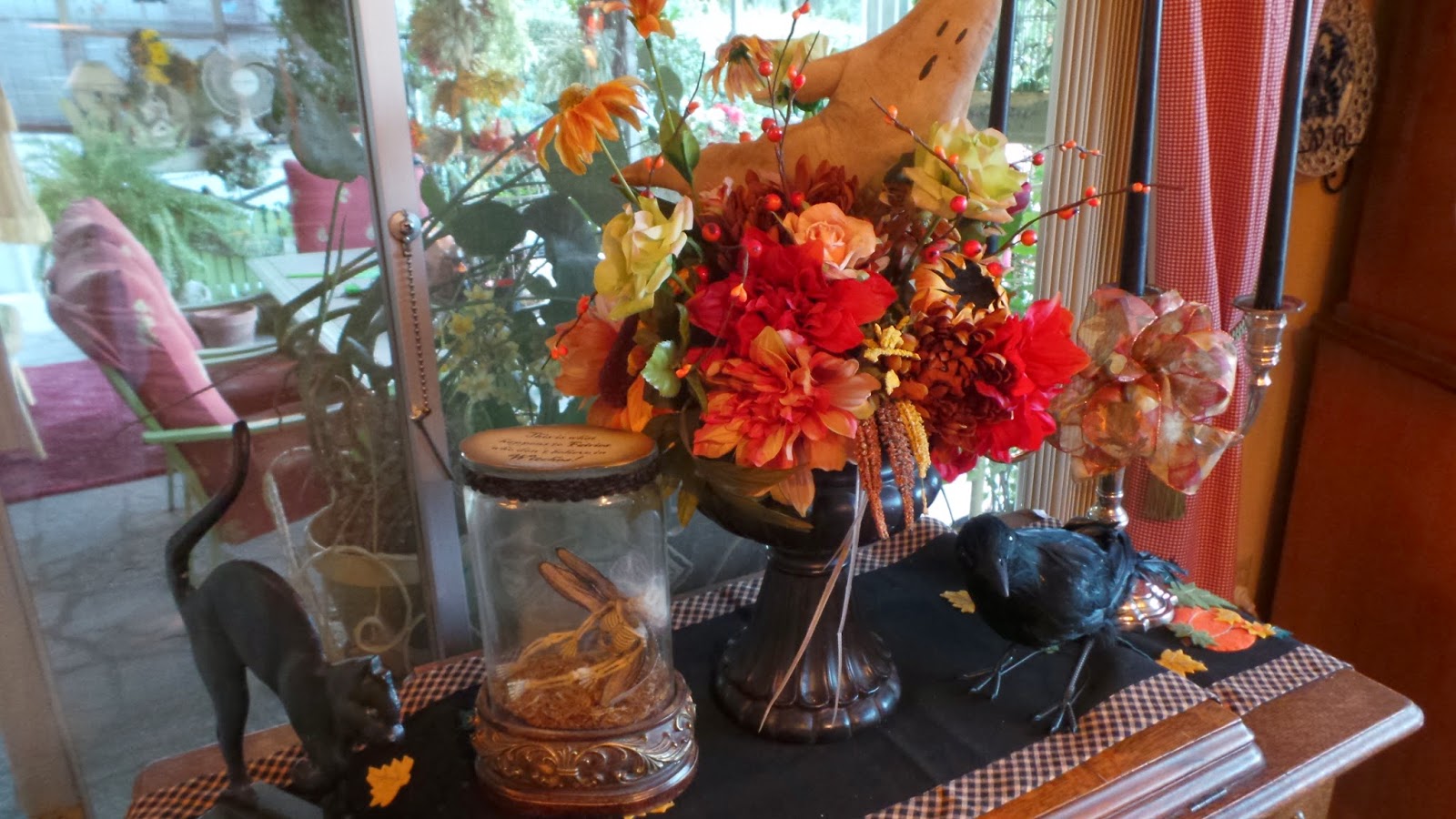 Black cats, and crows and ghosts, and black candles...I love it! 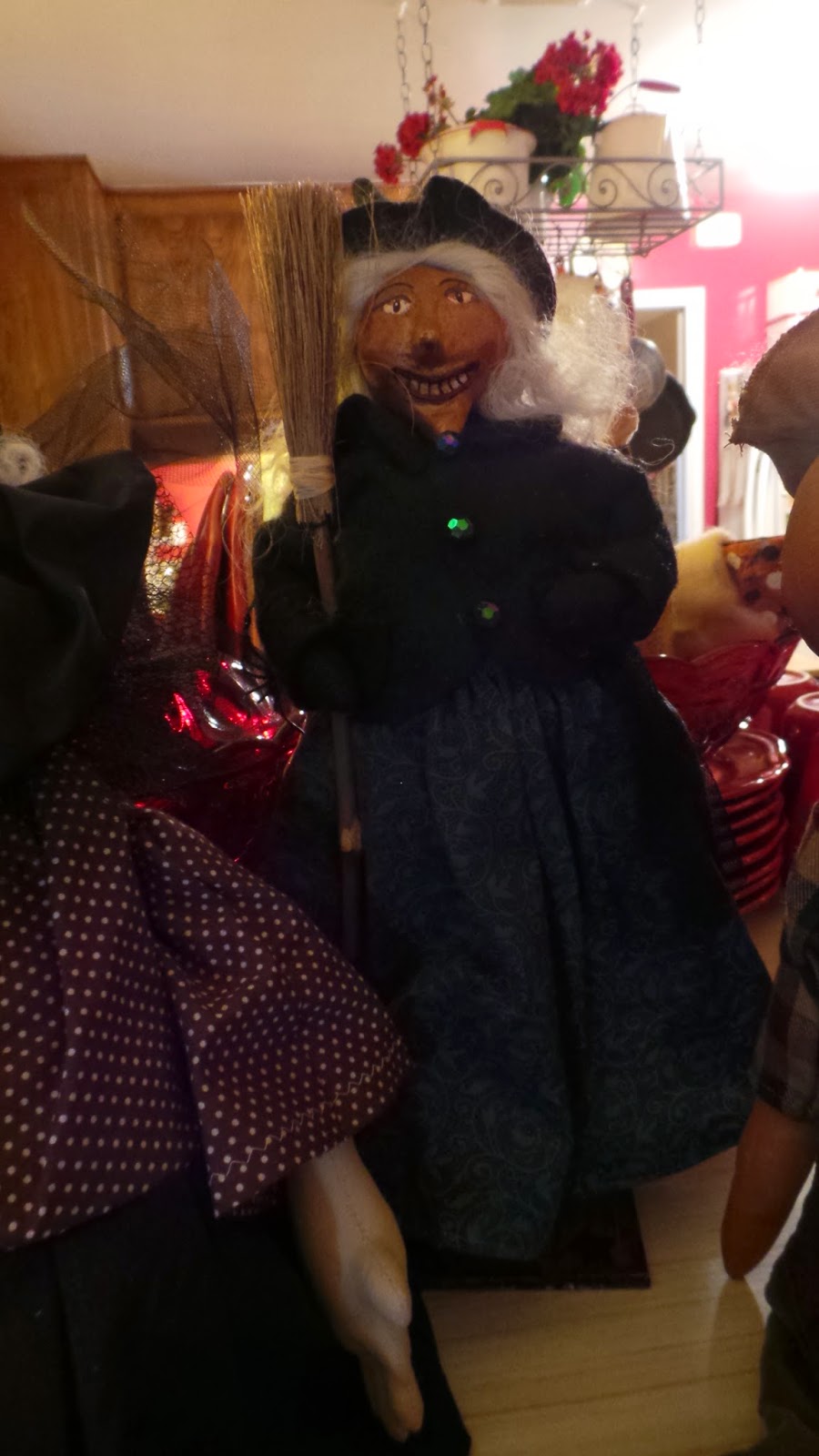 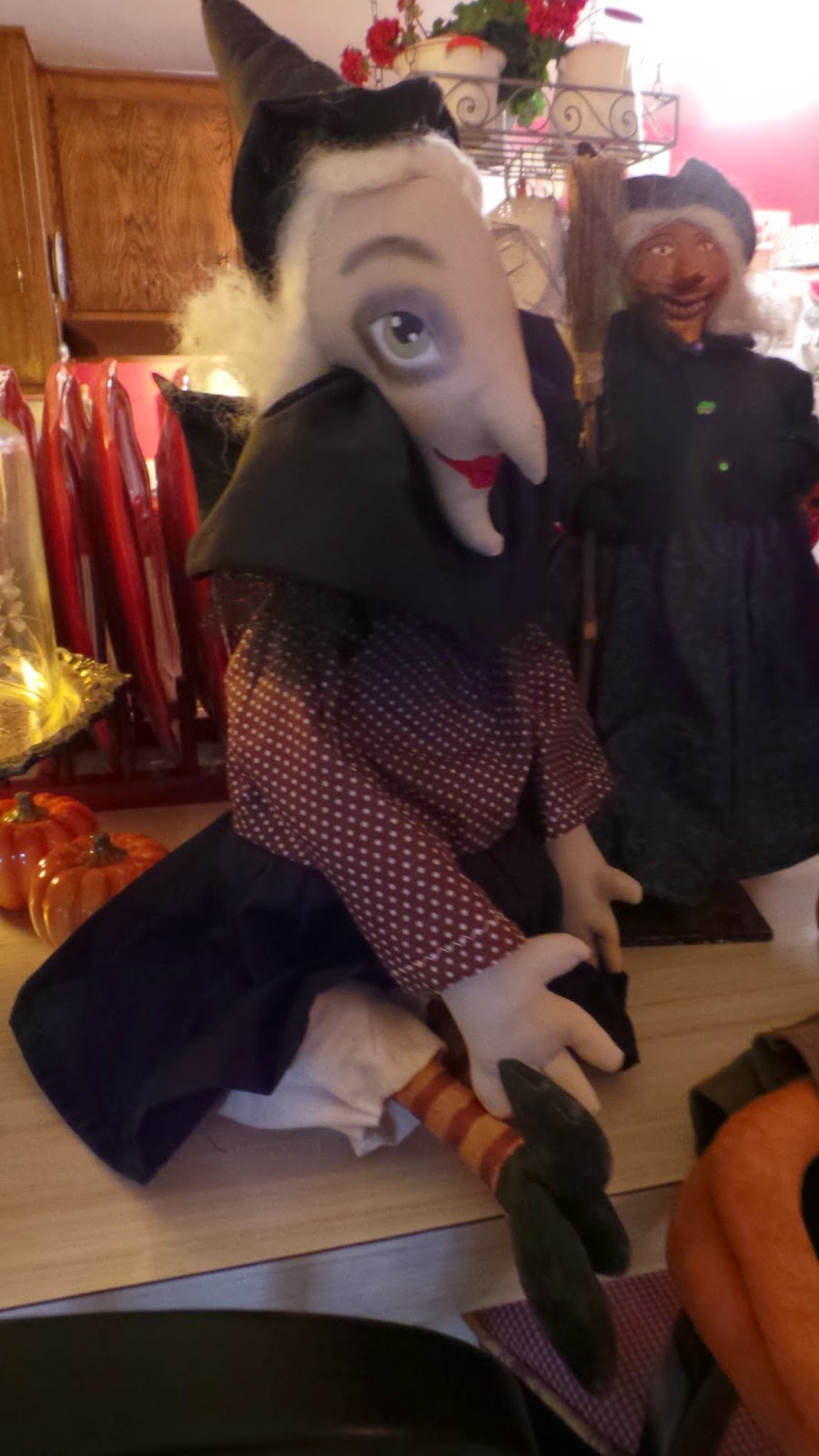 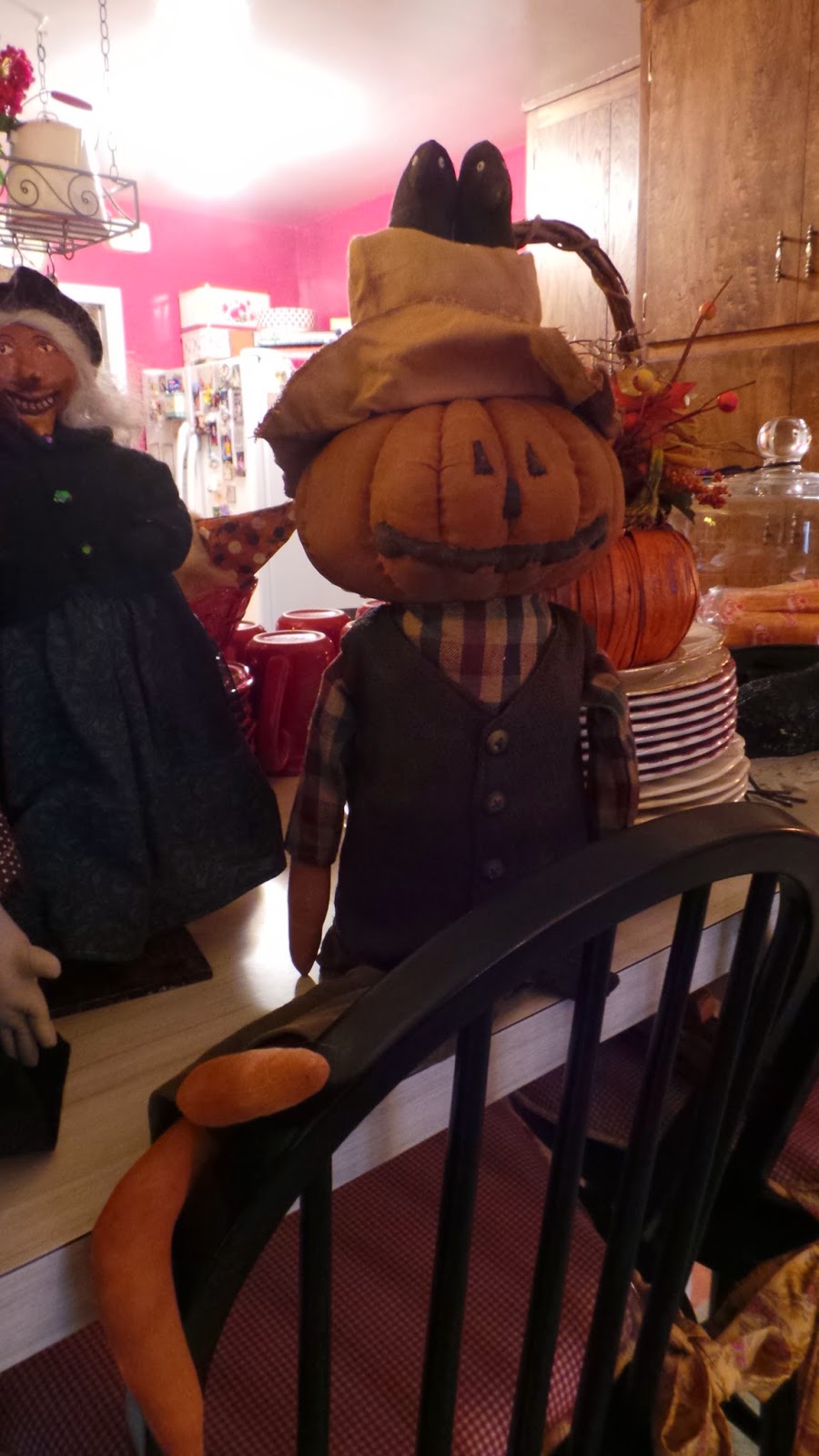 Says his name is "Barry" and that he sings.  He says the crows that live in his hat sing with him.
Barry?  Really?  I don't believe a word he says.
Then again...

Posted by Wsprsweetly Of Cottages at 1:37 AM