THE BUD MAN..AND A BABY GIRL 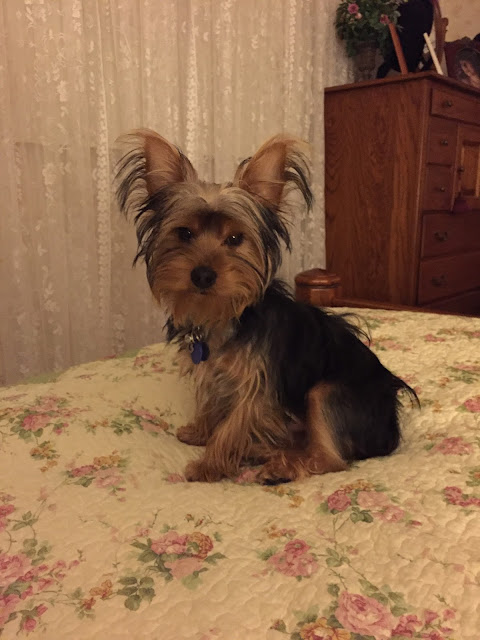 On my 80th birthday, my daughters, Mary and Erin bought me little "Buddy."  It was only a short time ago that I had lost Mele..my little companion for 12 years.  It's funny how you think you can never love another as much as you did ...but over and over it's been proven to me that there is alway "room for one more".. 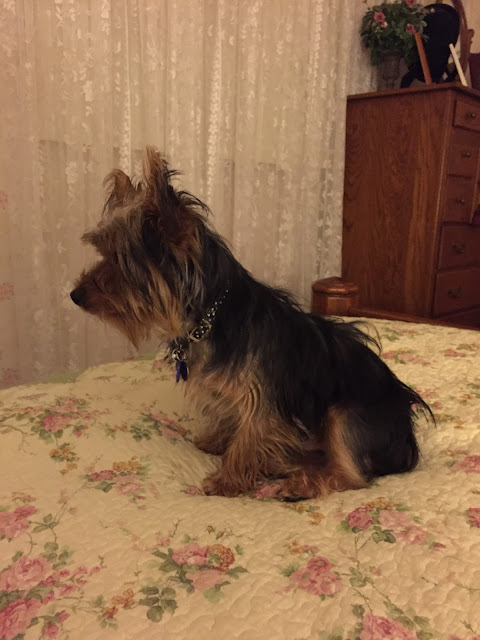 Buddy had never been groomed yet when this picture was taken..AND he has grown a lot..so another picture will be posted soon.  He is the very first male dog I have ever owned..and maybe it's just my Buddy..but he is a notorious chewer..and so far he has chewed or TRIED to chew nearly everything, Furniture, and not just any furniture..ANTIQUES!  Shoes, pencils, clothing, torn up floral arrangements he takes from table top.

He can jump from the floor straight up to the back of the couch and often overshoots and hits the window and falls behind the couch..comes out looking puzzled!
He can jump up on table..(I think he is part kangaroo!) desks..coffee tables..so we have to put everything in the guest room and close the door.
IS THIS A YORKIE TRAIT..or is it a MALE dog thing.

He is house broke..and the new doggie door is a God send...bless the one who thought that one up.
SO... 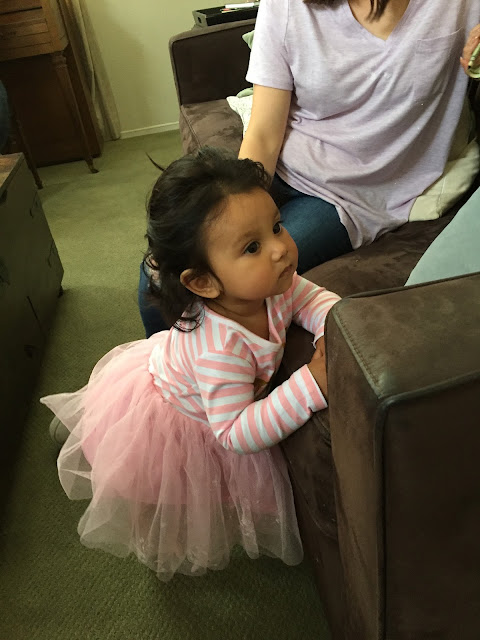 ....and this is my little great granddaughter "Zoe"..
She is the second grand child of  my fifth child, Erin.  Her first birthday was just a few days before Easter Sunday 2016.  She has just learned to walk and is showing off her little Tutu.  I bought her a 1959 Roadster for her first birthday!  :)  One of those that she can drive when she is older and can also be driven using the remote by an adult.
Her little brother, Roman who is 4 said.."Grandma..we can share..right??" when he saw the little white car..
"HAPPINESS" is written on the corner of the little windshield!
I DO love having a large family..and tons of grands.


Posted by Wsprsweetly Of Cottages at 2:39 PM 28 comments: