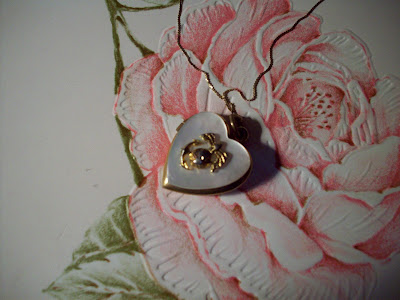 It was May 1952 when I met Pat.  I had been walking across the campus headed for the school bus when I saw him.  He was sitting on the edge of low wall holding his books and chatting with a couple of cheerleaders.
I stopped.  I felt something like an electric shock go through me.  I remember I just stopped and stared.  I had never seen a more beautiful boy in my life...and to this day I still  have not.  His hair, his build, the way he carried himself, everything.  I finally continued on to the bus, not looking at them as I passed.  When I finally boarded my bus, I was able to get a dear friend of mine to introduce us because as it turned out they were good friends and buddies.
My friend whistled and "beautiful boy" walked confidently toward the bus..and the closer he got...the weaker I became.  This is true.  I would never, ever lie to you.
We were introduced  (I think) and I found out that he had joined the Marine Corp and as soon as he graduated he would be leaving for boot camp.  MCRD San Diego.  He introduced himself to me but..all I can remember is feeling my face going red.  My girlfriends chattered and laughed and I sat and listened and was totally tongue tied.  He promised to write to me as the bus pulled away...I do remember that.
Then he was gone.
The following week I was sitting on the campus quad eating lunch with my girlfriend, when my friend, Sonny, walked up with Pat and motioned me over to them.  I got up and walked over, feeling my face once again beginning to glow red.  (WHAT on earth was the matter with me!) Sonny said Pat wanted to talk to me.
Pat walked me a way from the others...and asked me if I would go out with him on graduation night.
He gave me a dazzling smile and said he would call me and I walked back to my friends.  When I turned around...he was gone.
**********
If this is getting too long...please don't let me keep you...these are just my memories because today is...
a difficult day for me.
***********
You see...
We did go out.  We went to a movie.  First kisses are not always perfect but  this one was, after which he just looked at me and said "will you marry me?" and I said "yes!"  I don't remember the rest of the evening really.  I only remember him walking me to the door...
and then he was gone.

Pat entered Boot Camp at MCRD in San Diego, CA. and went on to more training and then he got his orders for Korea.  He was 18 years old.
It was December 15, 1952 and I decided I would ditch school to be with him for a drive into the mountains.
When no one was looking I dodged out of the library and ran down the hill and up the embankment to where Pat was waiting in the car and off we went.  We drove through the valley, past my home and up into the mountains South of San Diego.  It began to snow.
We stopped at the lodge and went in for a cup of coffee and decided we should be getting home.
As we drove out of the village and began our drive down the mountains...we came to a meadow that was surrounded with pine trees, everything white with snow...Pat coasted to a stop, turned off the motor and we sat in silence watching the snow fall.  For those few precious moments there was no one else in the world.  No fear, no war, just we two and our feelings.  He gave me my present.  The locket you see above.
We drove home and he walked me to the door, kissed me and held me close and whispered I love you and
then he was gone.

Posted by Wsprsweetly Of Cottages at 6:23 PM