...and I thought we were so lucky! That's exactly what you get when you get all puffed up about being cool when the rest of the country is burning up! So...lets just say I deserve a bit of what I'm getting...however...

This morning we turned on the attic fan, early as usual..and it wasn't long before I asked Sweet Husband "What on earth smells so BAD!" He said..."you KNOW I can't smell anything.." and he is right. He has a bad sense of smell..so...I thought it must be coming from outside...but..certainly not from the front of the house.....and..then I remembered.

Remember I told you I hired a new gardener? He said he would be back the next morning with the mulch and some men to do the flower beds.
Well, after trying to reach him for TWO WEEKS and leaving him messages asking him to let me know if he was still going to do the flower beds... he arrived yesterday morning and dropped these off... right near our shed and right in the hottest part of the yard and near the back patio doors! 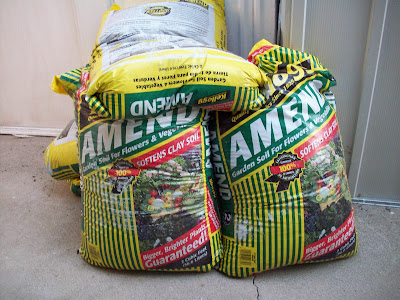 He said he would be back this morning to finish the flower beds as the men ..um...left them like this...so they couldn't be mulched. Still full of weeds... 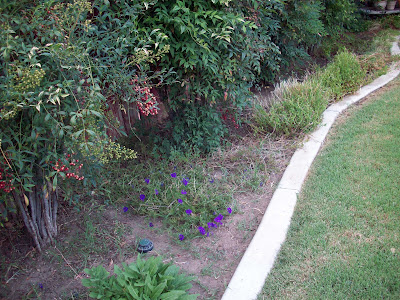 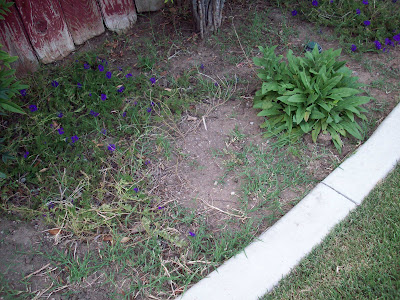 He looked at the beds..said the men would be here THIS MORNING to finish weeding..and they would spread the mulch....and once again. Nothing! Not a phone call...nothing! 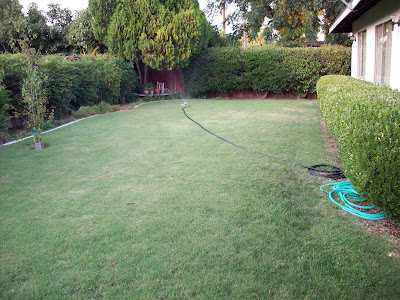 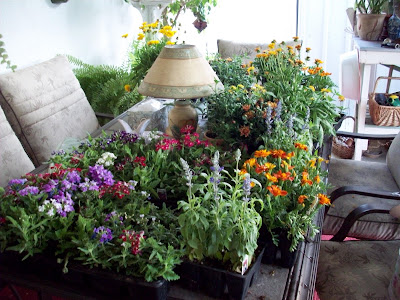 I am desperately trying to keep these alive!! Still no gardener. Should I fire him?
Gosh I hate to do that...but he just won't communicate. I even told him that I would appreciate it if he would just let me KNOW if he couldn't come when he said he would. He looked at me blankly....and namby pamby me just let it go.

Hopefully, he will come in the morning..and finish the job so I can get my poor plants in. I bought the plants because I thought ....yeah..I know! I'm an idiot! I should have known!

My fault. I got in a hurry...I'm out there a couple of time a day watering those poor plants.

I have a question. WHY CAN'T I KEEP ALL MY DUCKS IN A ROW? Sheesh!!!
Patience has never, ever been one of my strong points. I should have waited until the beds were ready before I bought the plants! Pure and simple!!

Posted by Wsprsweetly Of Cottages at 9:14 PM