The Kitchen has been painted but it's still piled high with stuff from the family room. Or great room as some call it. That is why I have no photo's of the finished kitchen. Stuff EVERYWHERE! I can finally use the stove..but that's about it. The counters are still crowded with...stuff!
Some of the kitchen mess below. I'll try and get some more pictures tomorrow. 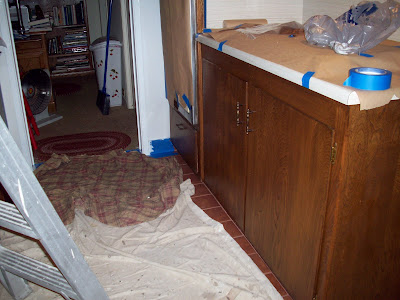 Below are two (as usual) rather bad pictures of the kitchen... 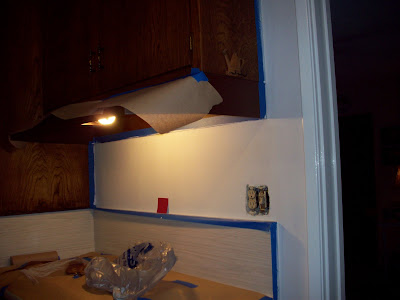 The color I chose is a sort of rose red. Laura Ashley's "Raspberry". Did you know there are hundreds of reds? I've never been so confused over color. The white trim is Moonlit Snow by Olympic. Yeah..and there are hundreds of whites too!! They are calling me by my first name at Lowe's. It's strange how the paint counter suddenly becomes deserted when I show up. Do you think I ask too many questions?? 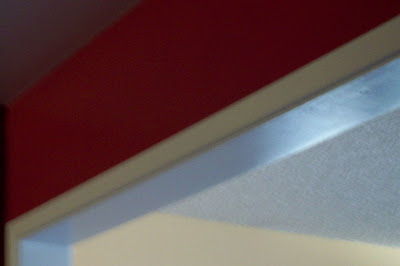 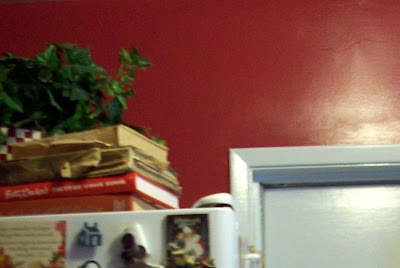 It was enough to drive me nuts and I still have more color to chose. 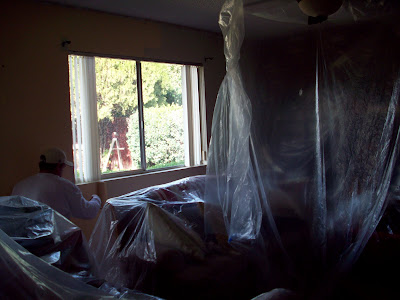 Can you see the color in these pictures? The light changes the color all the time. It is hard to get a good picture of the exact shade of gold it is. Yellow? ish? The name of the paint is Laura Ashley's "Haystack". 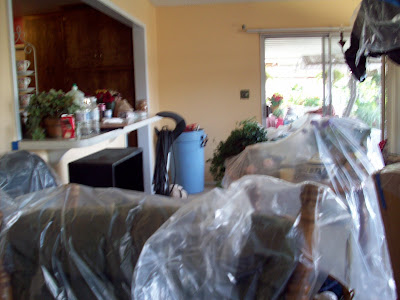 The next rooms to be painted are my office and library and the living room. Then the bedrooms and two bathrooms.
The problem bathroom with the pink tub and toilet and tiles from the 1950's, will be white. Every pink or green I tried next them looked terrible. I just finally threw up my hands and decided on white. Moonlit snow is just fine. I guess. 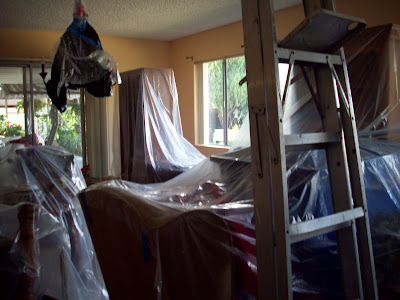 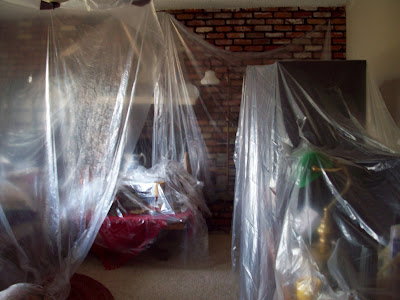 Can you see the color of the walls here? 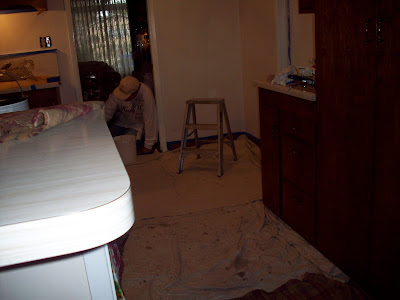 See sweet son in law over there working? I had more questions about greens and pinks but maybe I best leave him alone. I don't think he wants to go to Lowes with me tomorrow. NO idea why... 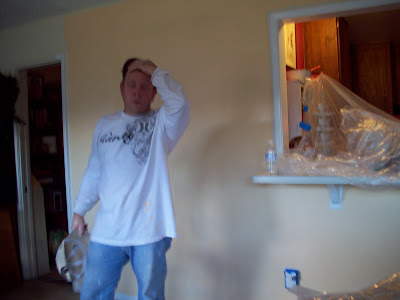 Poor sweet son in law who is doing the painting is getting worn out, can you tell?
He finished the great room today. I don't think now is the time for questions either! Maybe tomorrow.

NEVER again! (famous last words! :) But you know what has been so great about all of this? I am getting to know my son in law. I have known him since he was in the seventh grade, and yet not like now. We talk from room to room while he works..it's been great! He is Alex's Dad. The one that just got married to Natalia in a previous post. Life can be so good....and so sad in other places. It's a strange world. And so life goes on. Another day of painting tomorrow.

It's the little things, isn't it?
Love and hugs,
Mona
p.s. I hope son in law still loves me when this painting thingy is over.
Posted by Wsprsweetly Of Cottages at 8:50 PM