The dishes!  Okay, I will tell you the story to the point it is now..but first, I want to thank every single one of you who commented on my last post.  You touched my heart!  There are times, and I am sure most of you have felt this at one time or another while blogging, Bloggers are wonderful folks!
I am proud to be one of you and have you as friends.

I will answer every single one of your comments! 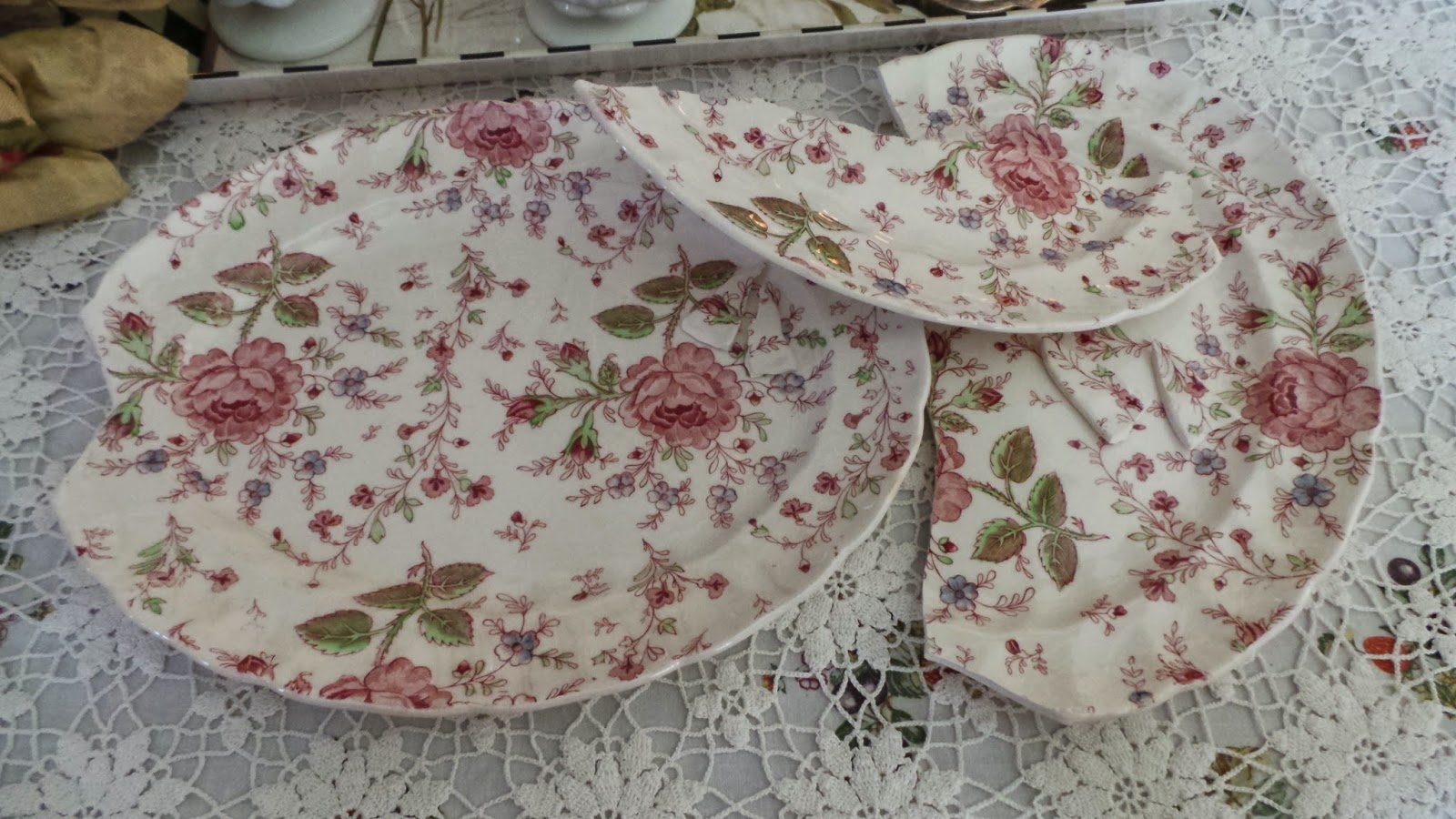 Both platters were broken.  The one on the left doesn't look bad, until I tried  to fit the piece to the platter, and then I found there was a gaping hole at the V.   The bottom of the box was scattered with tiny shards of white from the platters.
Not completely the woman's fault...though there should have been more padding in the bottom of the box.
It must have been dropped from a good height.
And yes, they were insured 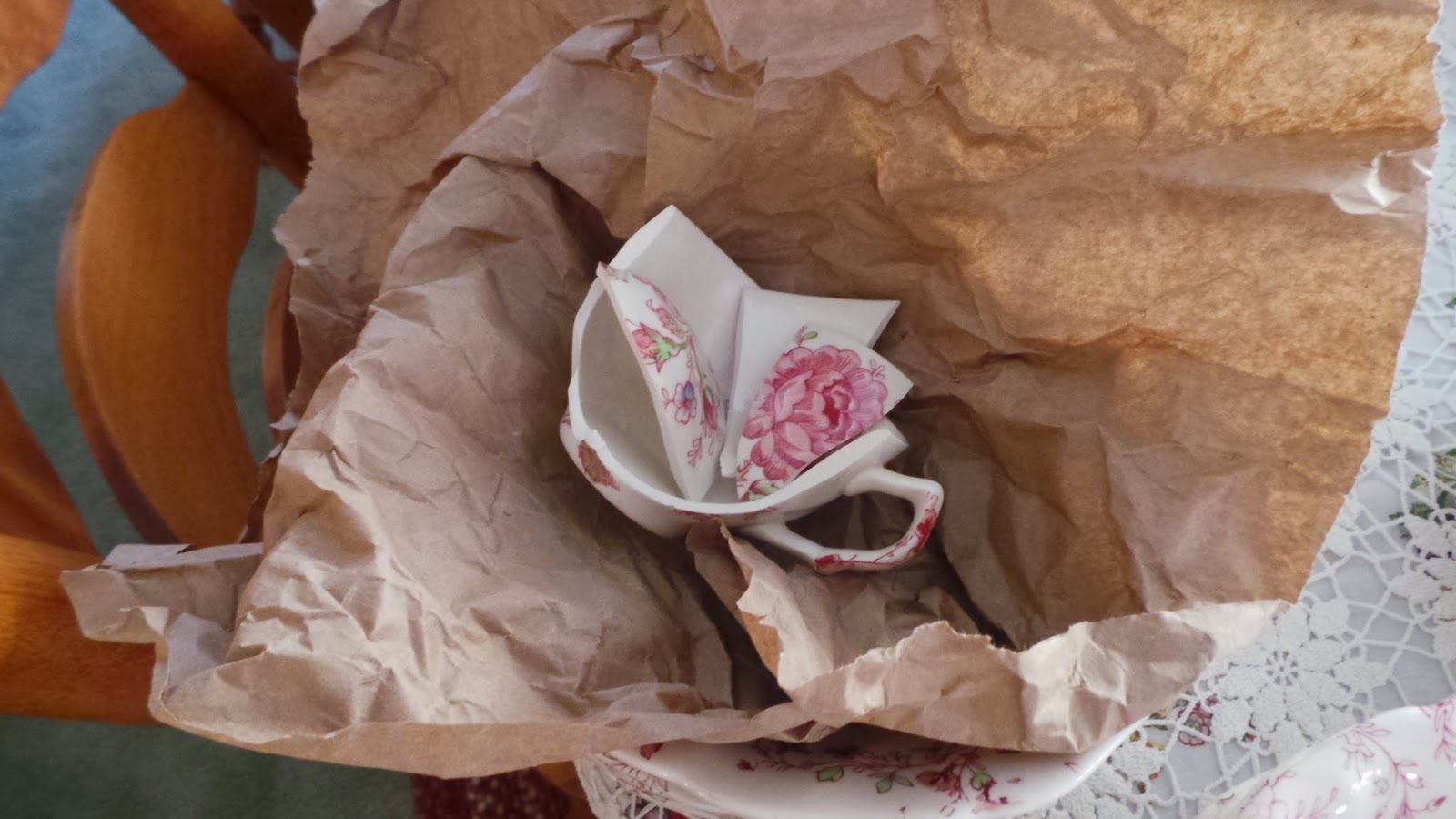 This was one of the large tea cups..not easy to find.  There were only four and this one though wrapped well as were all the dishes, was in the bottom corner of the box, right next to the platters.
All told, considering there were so many dishes..some 134 of them, the breakage was not bad at all.
However... This stack of dishes were every one chipped and the little coffee cup's handle had been broken off completely and  then repaired.  Usable but broken.
So...I would say the person who sold me the dishes did  NOT describe them accurately. 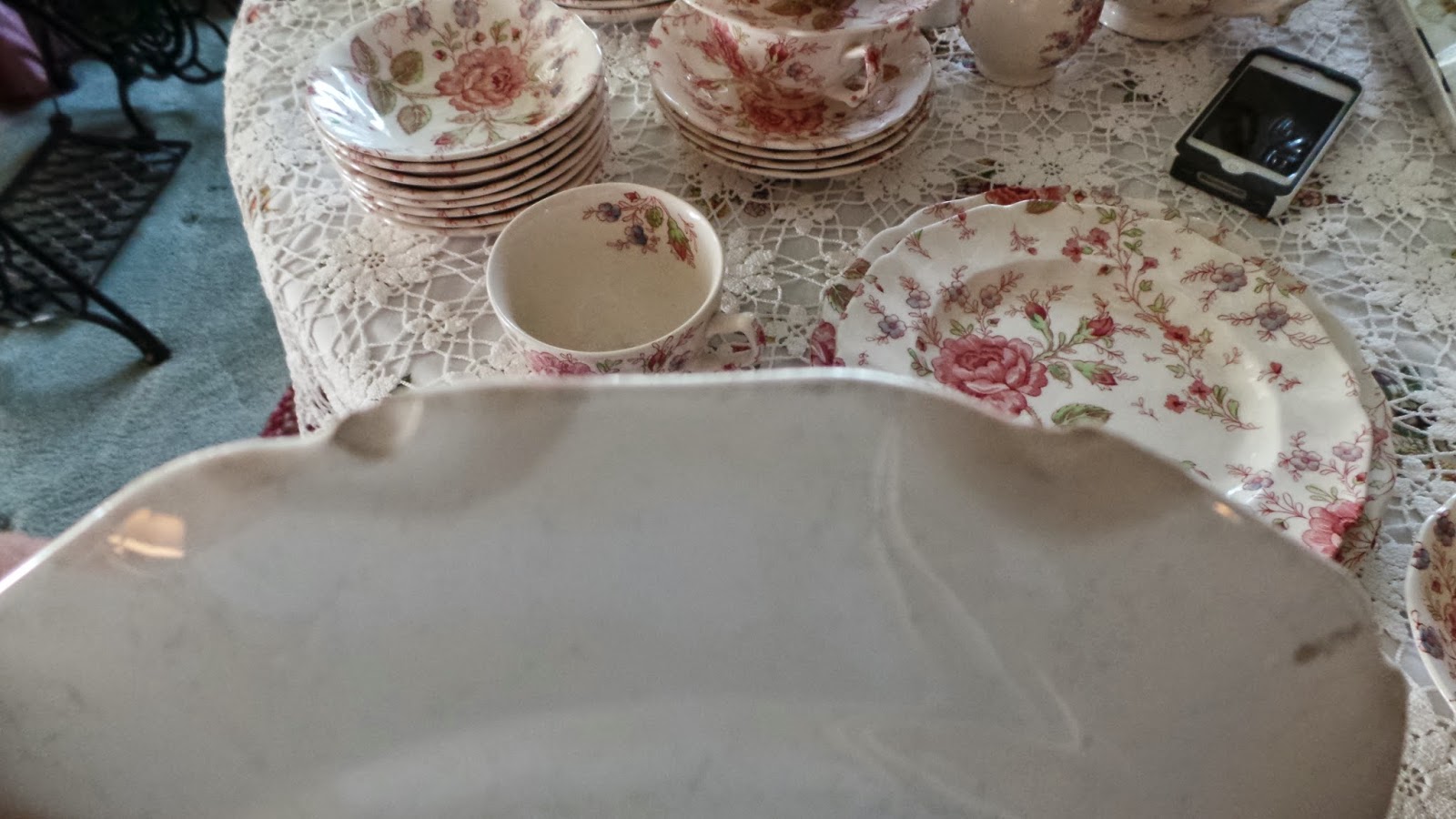 This is an example of the chips. She stated in her ad that there was not a single flaw, no chips, no cracks and that there were only two dishes missing.  She would have had to be blind not to see all the chips.  A dinner plate and a luncheon plate were the only ones missing??.  Wrong!  The count was all off..
I won't go into detail.
I have notified UPS and they picked up the dishes early yesterday morning.  So..we shall see.
I will notify ebay because  I have tried three times to contact the lady but no response...so far.
I have photo's of every single chipped dish and the broken ones.
I will open a case against her if there is no response.  I will give her until this coming Tuesday.
These dishes were NOT cheap..but still a bargain for the ones that did arrive safely.
I just want communication.  That's all.
Do I love them?  Yes!

Bottom line?  These are just things!
Small stuff in the scheme of things.

Where did I put all those dishes?  Why..I will tell you tomorrow.
I promise.
So that's my story and I'm stickin' to it! :)
Love,
Mona

Posted by Wsprsweetly Of Cottages at 5:20 PM