~THE TONIC OF WILDERNESS...~

"We need the tonic of wilderness; to wade in the marshes where the bittern and the meadow-hen lurk, and hear the booming of the snipe."
Henry David Thoreau

This is a quote that is on my Susan Branch calendar  for the month of April, and for me it is so true.  Raised in the country, I miss it terribly sometime.
This morning I was treated to a rare sight.
Mele began barking and ignored me when I tried to stop her.  That is usually a warning that there is something important going on and I'm to come and see... 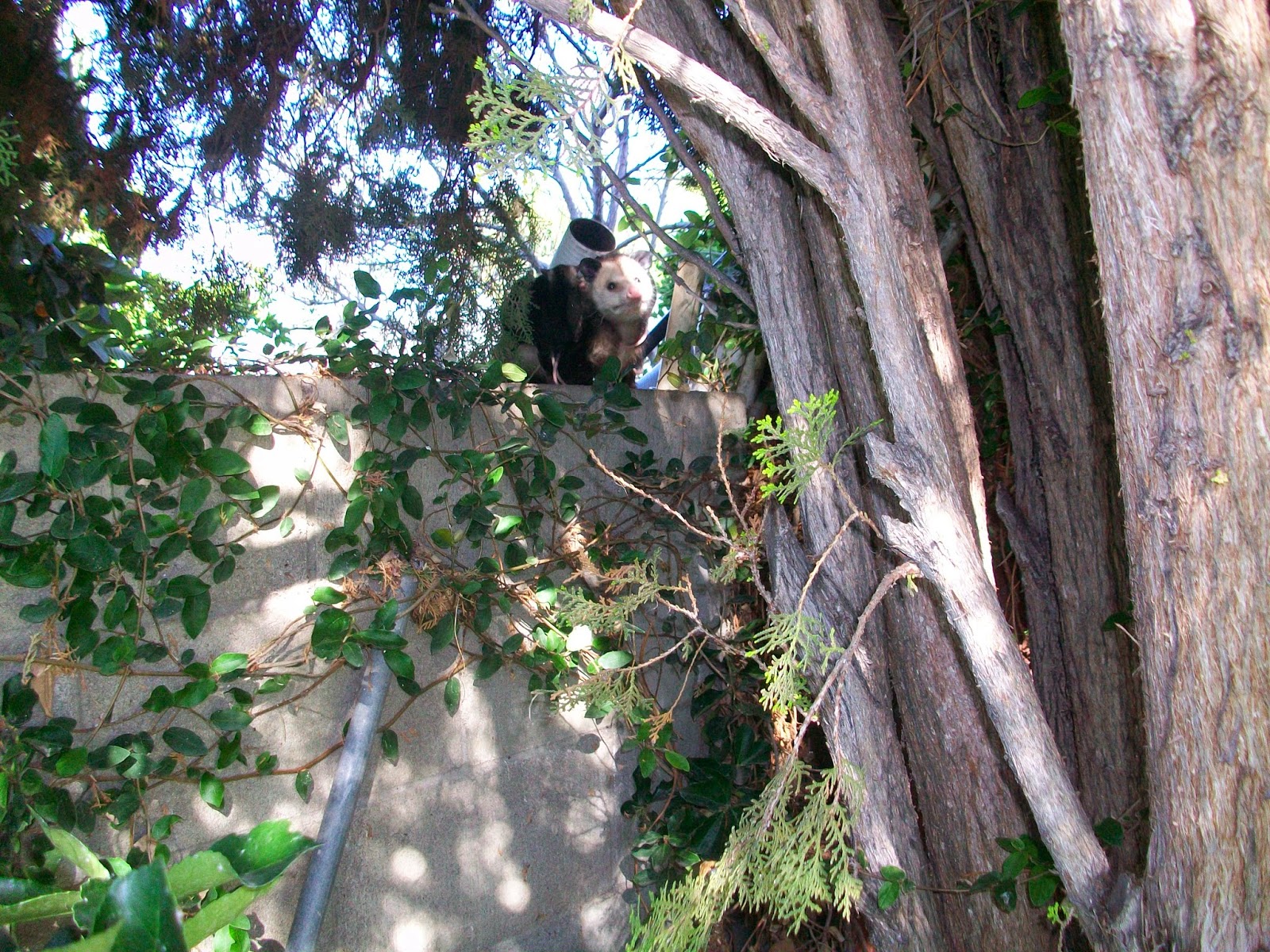 I have her trained, and usually just a "shhhhh!" from me does the trick.  Not this time!  She glanced back at me but turned and continued to bark.  I called but she didn't respond.  Unusual....so I walked out to see what was causing all the alarm..and there on the wall under our old Cyprus tree was this little Possum.
I sent Mele to the house and started back to take a closer look and remembered my camera and rushed back inside to get it.
Surprisingly she had not moved.  I kept edging closer and spoke very softly to her..then I realized she was NOT alone! 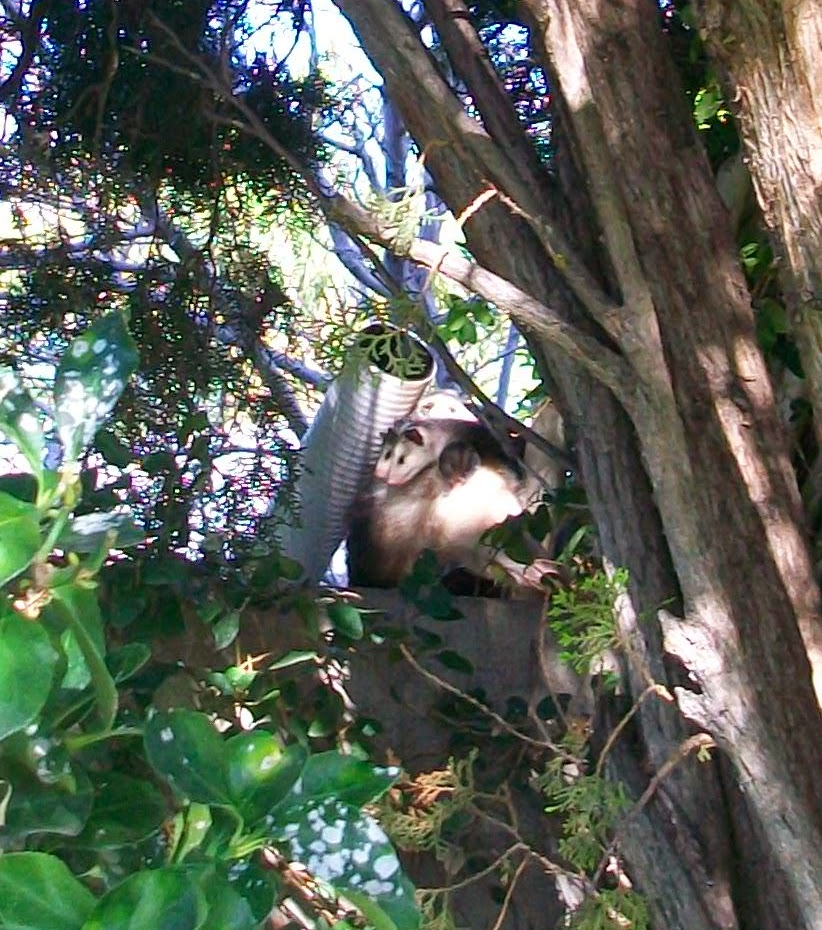 She stayed watching me while I snapped pictures and after a few minutes..she sounded a low clicking and I stopped taking pictures and backed away.. 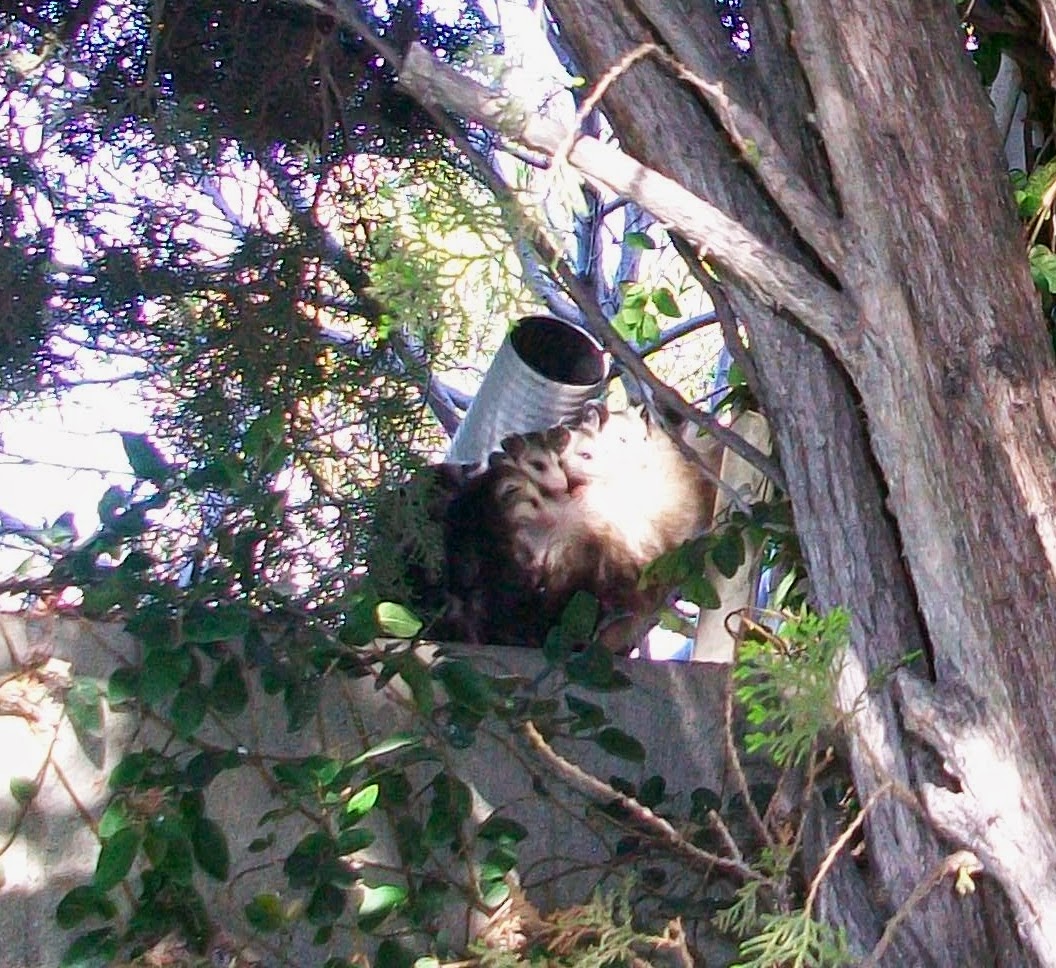 I was reminded that I really was not all that far from the wilderness..even though I am in the city.  Her nest is just behind the tree.  At least I think it's hers.  I see that it has been improved.  It was a tunnel good sized tunnel of twigs that lately has been filled in.  Now it appears cave like. 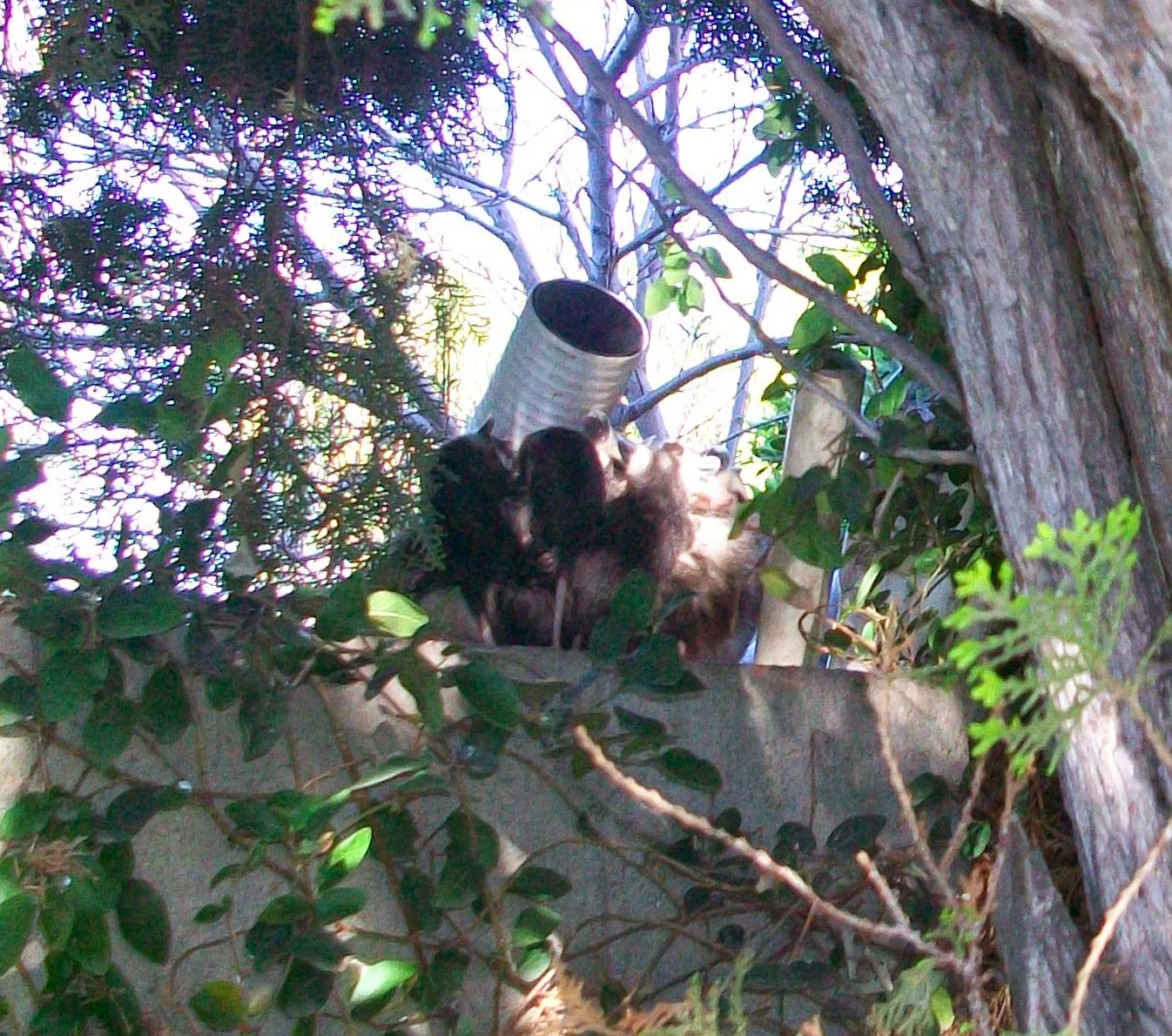 She turned and headed that way.  I counted at least six, perhaps seven.  As she left I whispered " I know just how you feel.  I've been there!"

What a really wonderful treat it was!   I needed that.  I really did!  :)  Have a wonderful Sunday.
Love,
Mona
P.S.  I'm so sorry I haven't been posting.  I've been ill, tummy flu and then on top of that an infection on my face..a bad one!  Two different  antibiotics have made me feel terrible much of the time.  It's nearly gone now and I am grateful.  The whole side of my face has been swollen...  poor, poor, pitiful me!  :):)  Beginning to look human again.
Posted by Wsprsweetly Of Cottages at 2:07 AM