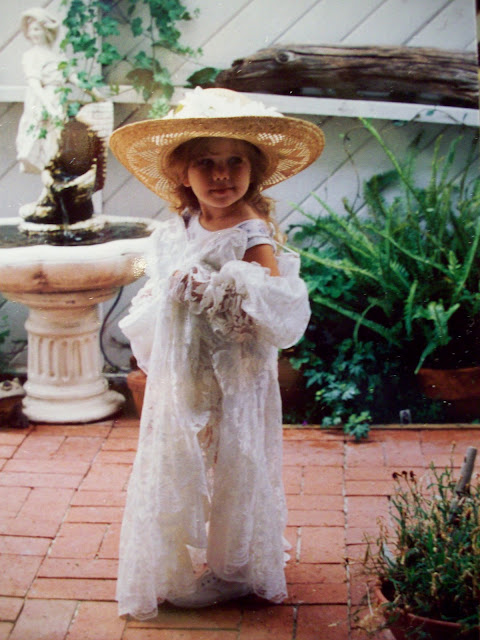 I'm going back in time...
Granddaughter "Ireland" dressing up in Grandma's old things..playing out on the patio..
(Now a young woman living far from home on her own.  Graduated from College and making a successful living....I am sooo proud!  *sniff, sniff* 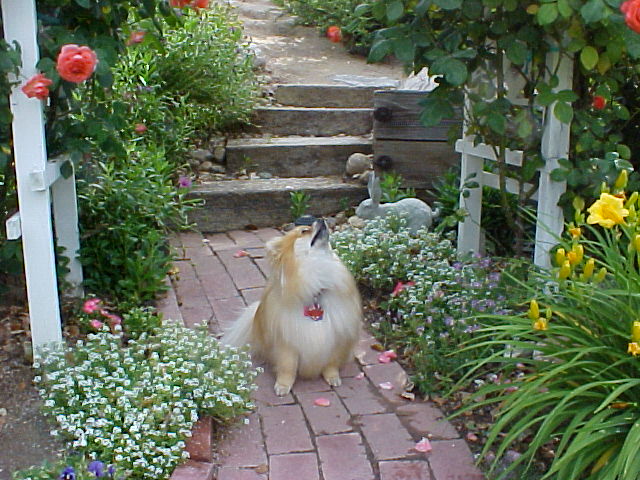 Mele..watching the birdies in the roses...I laid every single brick in that pathway.. 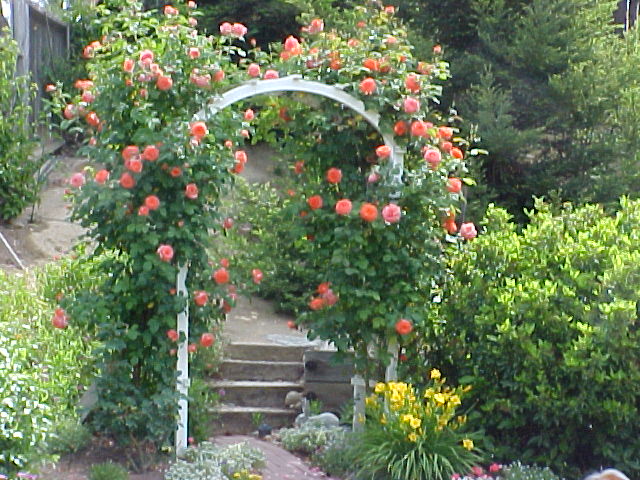 This is the arbor I had in my last home where I lived with my husband, Frank.
Here I am now in my new life trying to recreate the rose arbor I planted back then.
Frank died in February 2007 of cancer of the liver. 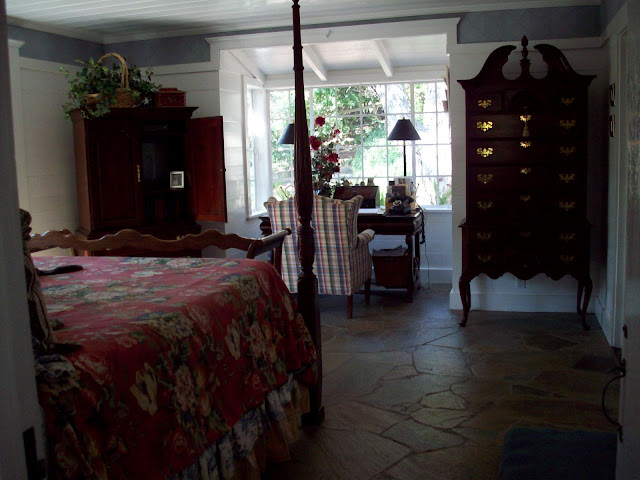 Daughter's bedroom in a home we all loved...her husband laid the floor..and also laid our back patio that you see in a lot of my pictures. 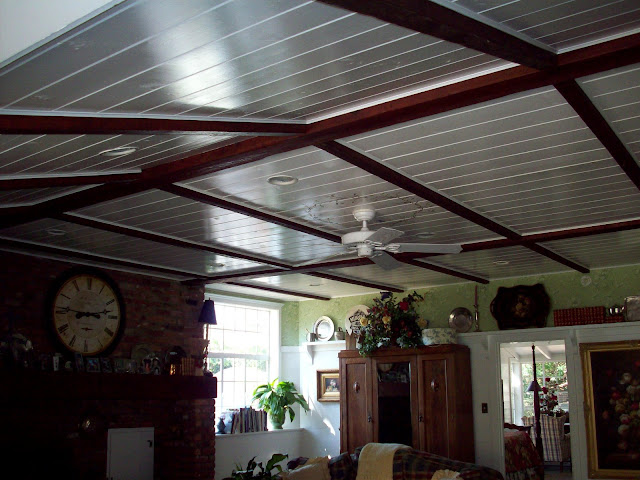 ...this was a painted ceiling at one time...I suggested beadboard and they did it...HOW I would love it in our home where I live now...this, by the way,  was the famous home that some of you may have seen in "Coming Home" and "If Teacups Could Talk"  by  Emilie Barnes. 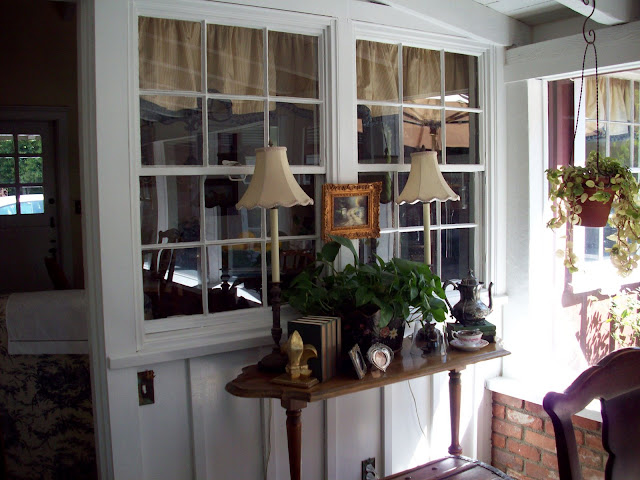 Have you ever seen a half wall with windows?..made me wonder what the home may have been like those  many years ago... 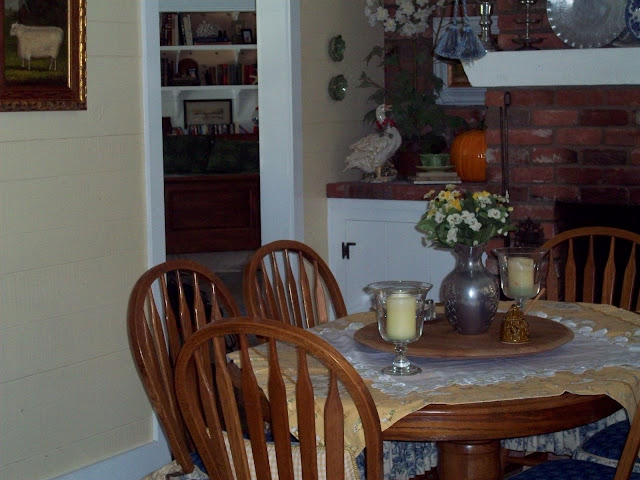 On the other side of the windowed wall is this...a dining area with a LARGE fireplace... 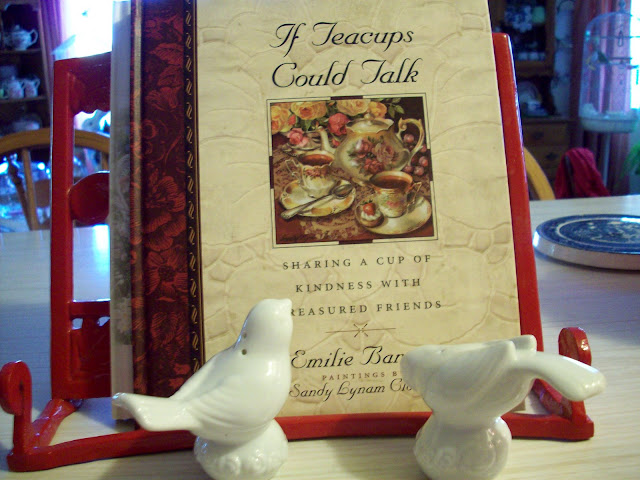 The home is in many of Emilie's books.  It used to say "The Barn" on the mailbox. 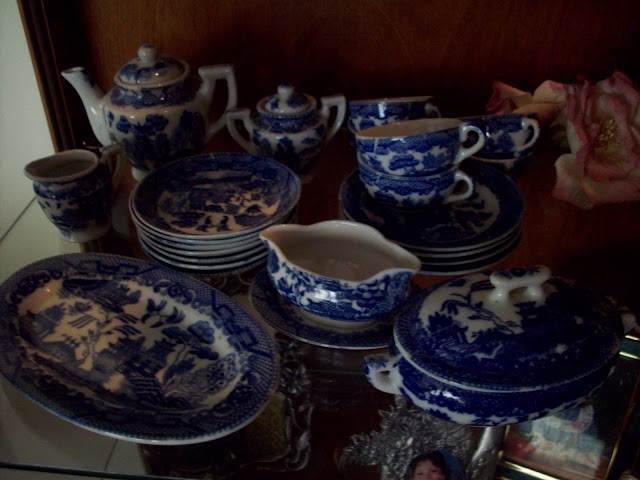 This childrens "Blue Willow" set of china I owned as a little girl.  They were left behind when we moved from Oregon to California.  They were supposed to be brought later but nothing..neither dishes nor dolls were brought.  Ever as was promised.  I've mentioned this in a previous post in an attempt to explain (my rational) why I decorate with toys.  Trying to recapture my childhood do you suppose?  LOL 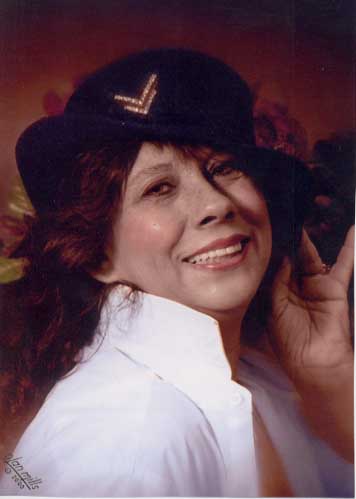 ...and me, 13 years ago at 64.  I actually looked human..(almost. :)  It was December and I had been crying just before the picture was taken.  I remember that.  I must have been such a pain to my children.  I didn't mean to be...it was a hard time and grief was a constant state for me.  Patrick was my first husband and highschool sweetheart.  He died of cancer of lungs on Dec. 15th 1997.  I went to sleep crying and woke up crying.
Not sure if I like looking back anymore.  Brings back some nice memories but a lot of painful ones as well.
You know?  Soooo anyway..  :)
These are just random pictures I found on Picassa.   Picassa is a new experience for me and I had NO idea my pictures were there...can you imagine?  I have posted some of these back sometime during the time I've been blogging...
HEY, WHERE'D EVERYBODY GO????   LOL
Love,
Mona
Posted by Wsprsweetly Of Cottages at 6:24 PM