Bedspreads are something I seem to keep and keep for years and every time I make the bed I swear I'm going to buy a new one.  YES!  And soon..but I don't.  When I finally say..that's it, I'm getting a new one and go on the hunt for one, I can't find what I want.
For one thing, at my ripe old age I still haven't a clue who I am!  (I have GOT to stop saying that because when I'm 80 I'll look back and think how young I was.  I never, ever learn!)
So..as I was saying, it's hard to find what I want.
I finally chose this one... 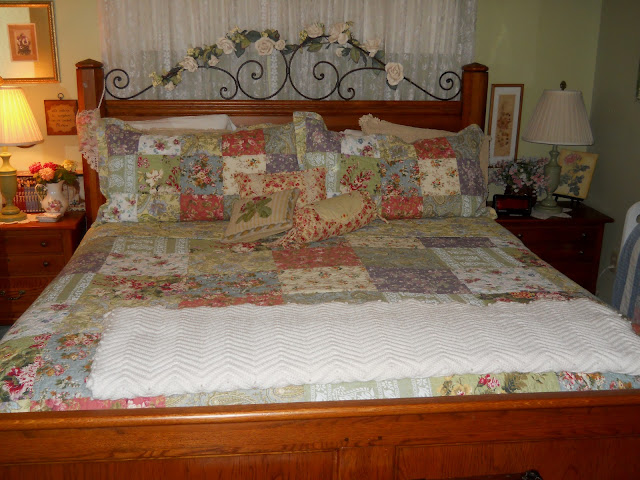 I finally chose this one..I found it on Amazon.  I have a California King bed so it's always a challenge finding a quilt to fit and though this one was not a California King, after I read the comments on it, I gambled and it worked perfectly!
I found the afghan (pure white and just beautiful) on ebay and got it for $10!  I love it.  I found it about five years ago, it washes beautifully.  All hand crocheted.  I felt sort of guilty when I won it.
The roses I found at a thrift store and they are old.  They are made of some sort of neat woody like material.
I could have done a better job making that bed..heavens! 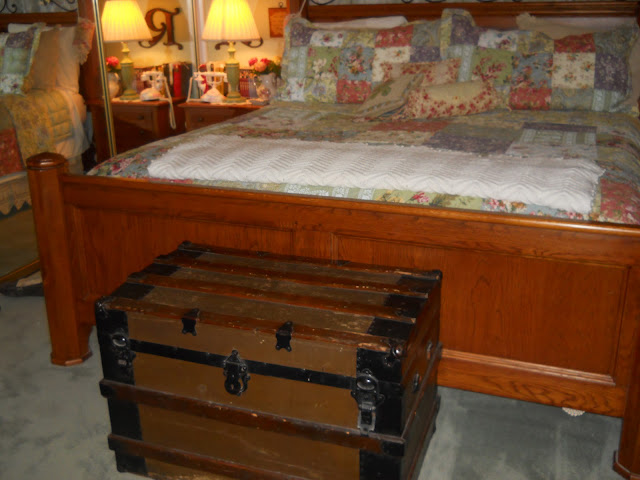 I found this old trunk in my best friends attic when she bought her house.  That was in the late 1960's.  She wasn't into an old rotting trunk at the time..and I was.  Took it home, aired it out in the sun for a few days and wall papered it witha scrap of paper someone gave me.
It got pretty banged up after my last move and  I need to touch it up.  I probably won't..but I should.

The quilt was very inexpensive and the blocks are no just a print..they are actual quilt blocks.
The quilting is done in a pretty pattern.  Very generously sized too. 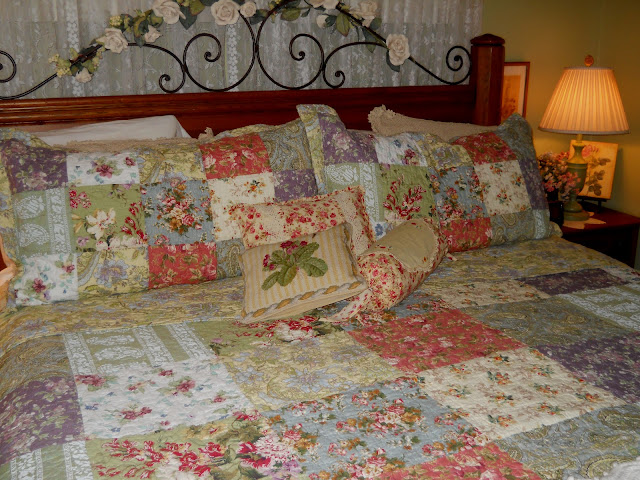