We were just finishing up hanging the garland..when you could feel it.  A damp stillnes..like rain was on the way.  But the sky was clear.  Not a single cloud.  Then a slight breeze began to stir and by the time we had picked up our tools, put away the ladders...we knew the Santa Ana winds had arrived.
﻿ 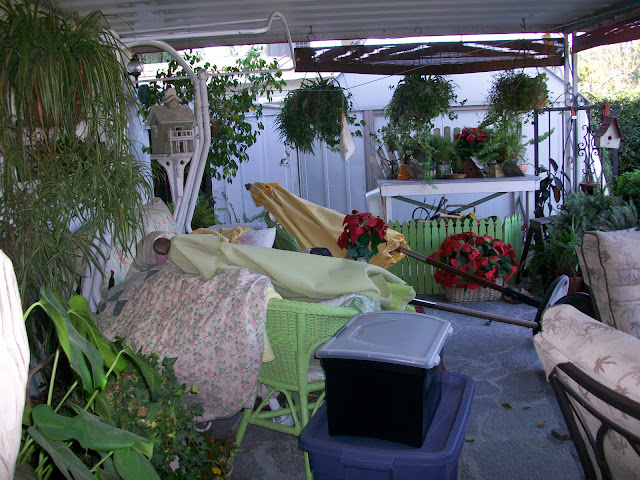 We went inside and had dinner.  I blogged awhile and then...it began!  I heard someone rattle and bang loudly on the front door...I called...ok, I SCREAMED to Patient Husband that someone was trying to break in!  We both rushed to the front door..peeked out..no one was there...but the wind was whipping the trees around terribly! 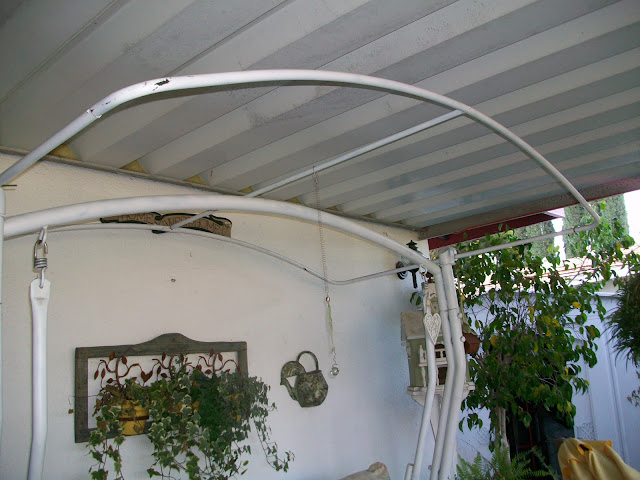 We ran to the back Patio and put the umbrella's down...and thought the patio was pretty protected..
The heavy quilt that I had tied to the top of our lawn swing was completely ripped off...further knocking things over.. 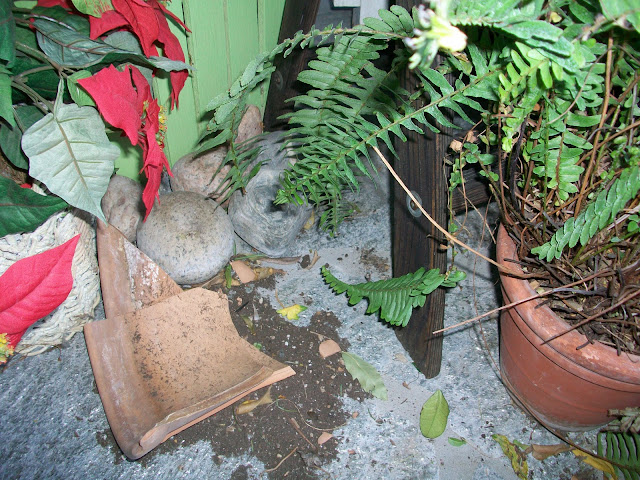 This was just part of what greeted us in the morning.. 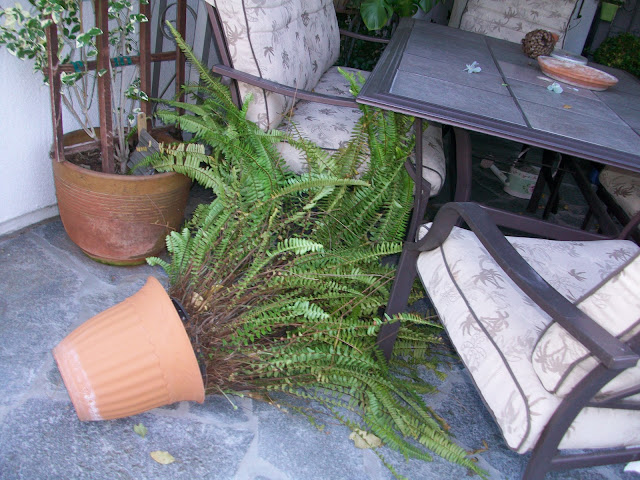 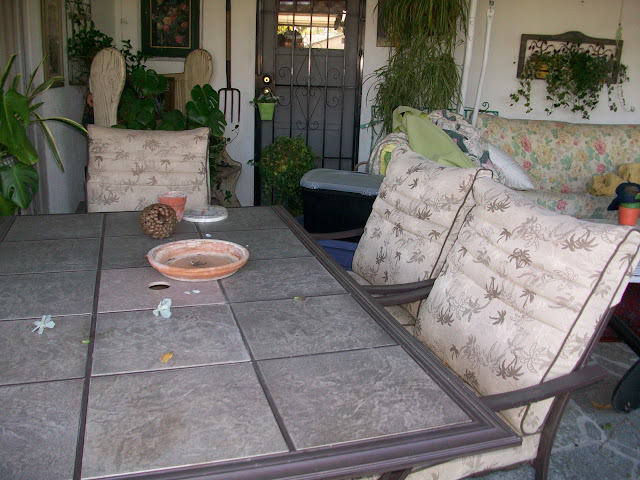 Patio table swept nearly clean..and bits of my new plant on the table.  It's hanging and was a gift.
WHY oh WHY didn't we think to take them down. 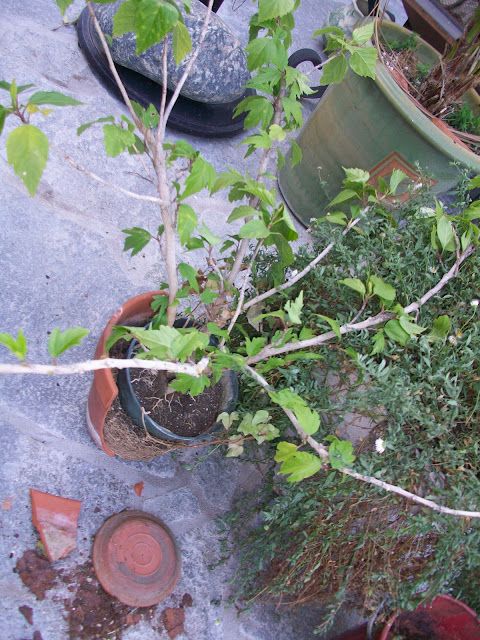 The plants that were not knocked over and broken..were just whipped to death.  Ferns laying limp...poor things...but it could have been so much worse.
Sirens screams all night long.  Many were without power. Not our best night.
...but I'm not going to whine.  Not when I think of what others have been though with their storms on the East Coast.
Nope...a little wind is nothing...nothing at all.  :)
Love n'hugs,
Mona
﻿
Posted by Wsprsweetly Of Cottages at 9:59 PM