..busy sidewalks
dressed in holiday style..
in the air there's a feeling
of Christmas!
What fun it all was.  An evening of jostling with the crowds, smiling face (some cranky) children pointing with their little faces all smiles, and later good food in a little crowded cafe'.
The best part is we were with family laughing and having fun! 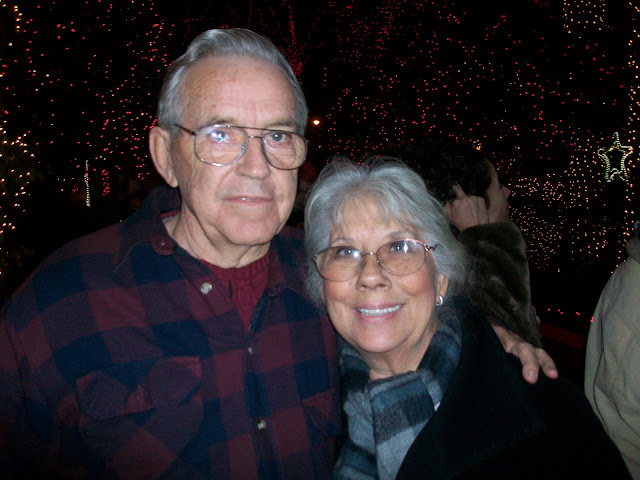 Patient Husband and I at the Mission Inn. Is there more to the story?  Well...yes...it was CROWDED! 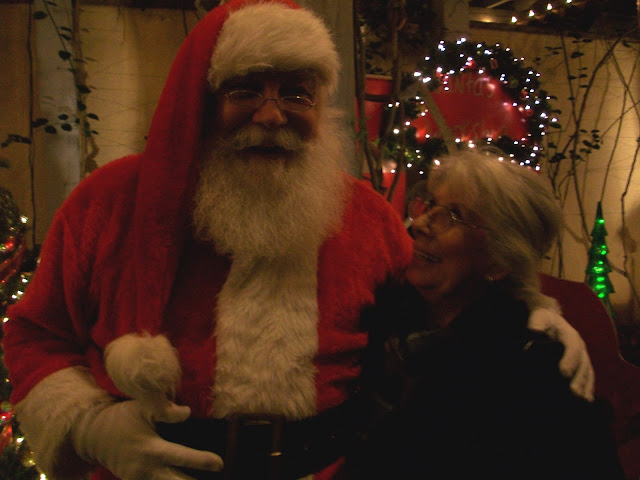 The right jolly old elf and I!  Can you see my look of hero worship??
I told him "We match!" and he said "Oh?  Well where's your beard!"  I mean, what a smarty pants!
I would have pulled his beard and went pee pee tinkle on his lap..but decided I was way too old for such antics!  I told him I always shaved before I went on a date.  He just "HO HO HO'ed!" and that was that!  Santa is a lot of fun!  First time in 75 years I ever got to talk to him.  Whata guy!
What did I wish for?  World peace of course! :)  So..tell me, what would you ask for??
(about that other?  I may just be the right age for such antics after all!) :):) 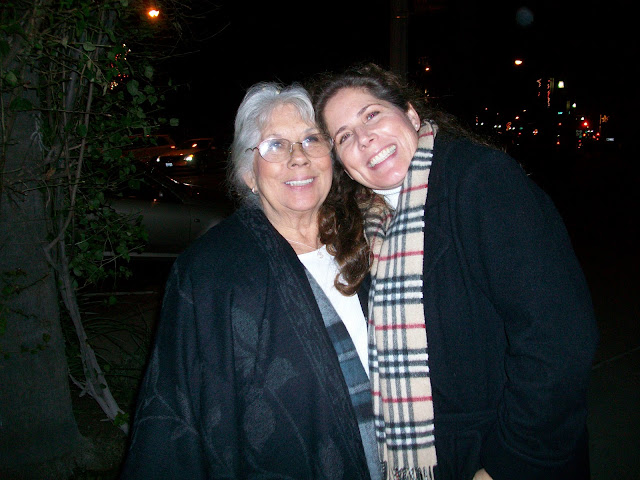 Daughter Mary and me.  It was cold and Mary was chattering a bit.  We sang Silver Bells...and had a blast!  She is as crazy as her mother. 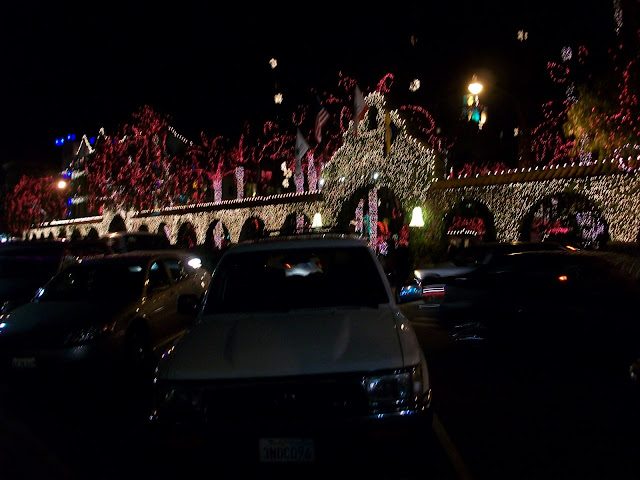 The front of the Mission Inn in Riverside.  Lots of traffic..city sidewalks,
busy sidewalks..
dressed in holiday style..
It was beautiful.  Wish I could have gotten better photo's. 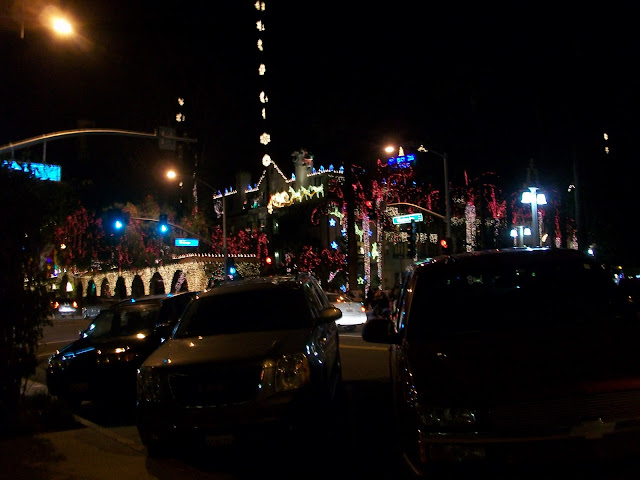 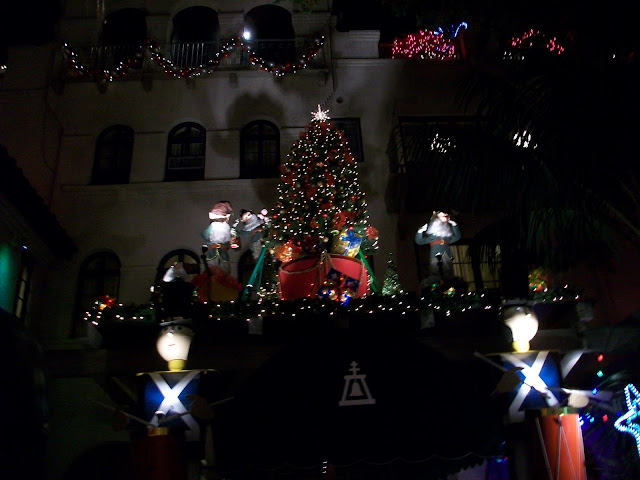 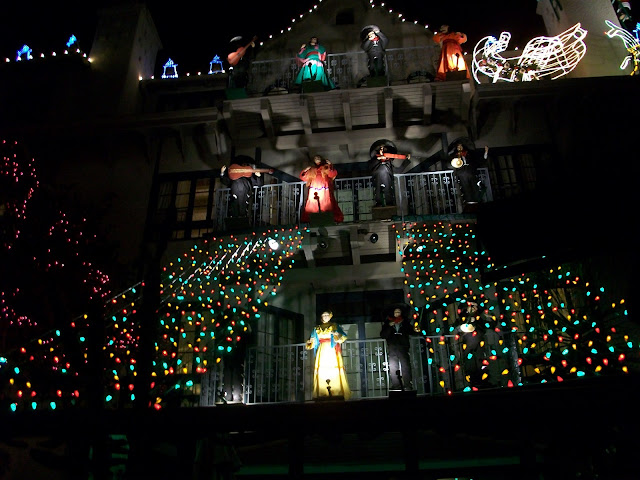 The figures were antimated and each was playing an instrument.  The music was beautiful... 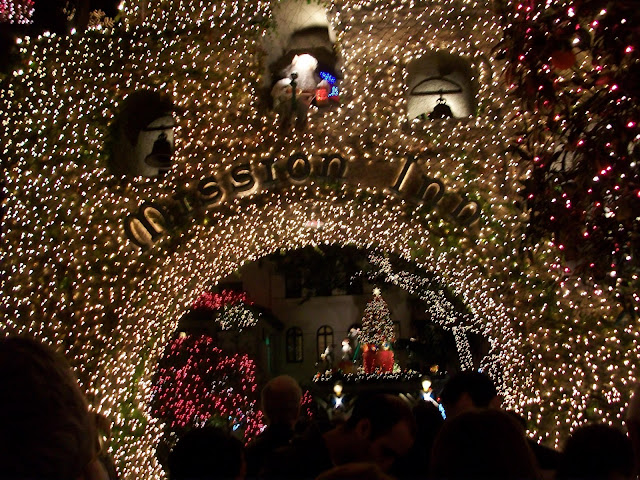 I was being jostled by the crowd that you see in the lower part of the photo..but I did the best I could. 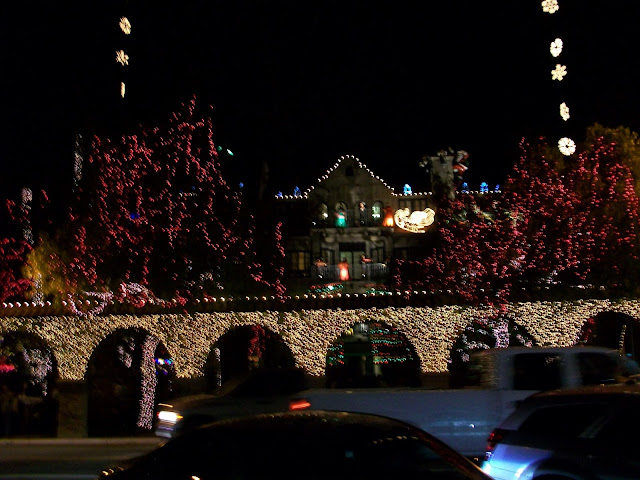 It was nearly impossible to get inside and after about 45 minutes we ducked under the rope and went out the back way.
On the way out I ran into...that smarty mouthed Santa Claus you saw me hanging out with earlier.
I promised him that if he were good I would leave cookies out for him this year.  He promised and we were both happy. 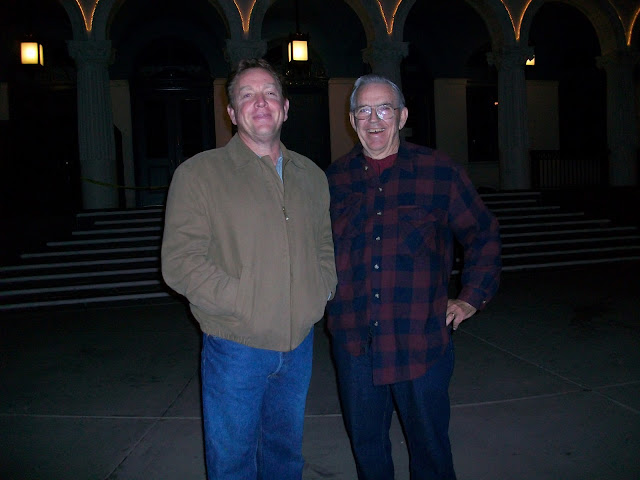 And the two very patient husbands that escorted us, waited for us and love us very much.
The end