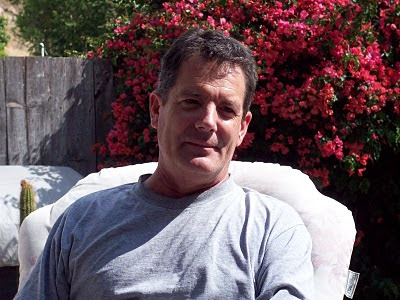 Danny was born in La Mesa, California. The fourth of our seven children. Yes, he is a middle child. He is the one that has had everything happen to him. I am fortunate to have him because he is the one that lost both kidneys due to working in a furnature finishing business from age 15. His sister donated one of hers and he is doing well. Still...I watch Dan. I worry. I try not to hover and tell him how to live.

On Danny's birthday I remember that when he was born we were alone. Just he and I at the hospital. His father was on a ship on his way overseas. He was a Marine.
When I went home from the hospital, there was just Danny and I and three young children, the oldest just starting kindergarten. Not an easy time. But I had Danny and a photo of his Dad sat on a table nearby. By the time he was a year old..he knew who "Dada" was. When we met the ship at the San Diego Navel Base and they let us up the ramp...Pat took us both in his arms as we stepped onto the ship. And Danny knew his Daddy. He went straight to him smiling.. Danny was just beginning to walk when his Daddy saw him for the first time.

I don't have Pat anymore to share things like this with, but I treasure all seven of my children and I hope I get to see every one of them turn 50. Only three more to go. Only ten more years. I can do it. You just watch me!
On nights like this when I can't sleep and memories creep up on me...I miss Dan's father terribly, but I am so grateful that I have a dear friend and husband in the next room that loves Danny and shows it. Somehow, I think Pat knows we are all alright and that I am happy.

Love and hugs to all...
Mona
Posted by Wsprsweetly Of Cottages at 3:25 AM