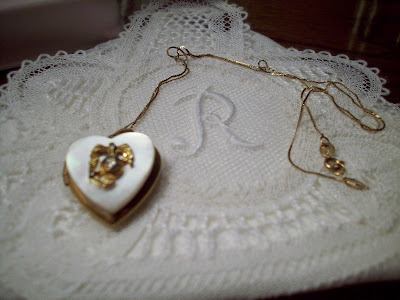 That week, immediately after graduation, Pat joined the Marine Corp and entered boot camp. He finished boot camp in September and went on to other training at Camp Mathews rifle range and eventually was stationed at Camp Pendleton. He was gone all summer and during this time I attended summer school and prepared for school to start again in September. Pat was stationed on Camp Pendleton, more training, and I continued on with school, a slight break and then regular school began. Pat was able to come and see me just a few times as I lived a distance from the base.

Finally it was December..and the time for him to leave was upon us. He was going to Korea. To the front lines. To him it was an adventure..to me it was not real. It seemed nothing existed between the times I saw him. Nothing. I don't think I realized completely what being sent to Korea meant. I didn't realize they were going to be trying to KILL him over there! Does anyone ever really believe that...totally? Of course, I was a child...

A year seemed an eternity to me. I refused to believe the time would come when he would really leave.

One morning during a few days leave, instead of taking me to school..we drove off into the Laguna Mountains south of San Diego. We drove to the different lodges and were having the time of our lives. It had begun to snow so we reluctantly decided it was time to head home and we started down the mountain driving though meadows edged with tall pines all covered with snow.
The road was deserted and totally covered in white. Pat stopped the car, turned off the engine. The only sound was soft Christmas carols on the radio. He turned it off and we sat watching the drifting snow listening to the sounds of silence in that white, snow covered world, and for that few moments there was truely no one on earth but us. My head was against his chest and I could hear his heart beat.
I will always believe that God gave us that bit of peace, the peace of the innocent, before we had to face the real world.

He was a part of me from that first moment I saw him and whatever the world handed us..we could make it. We were in love.

Christmas was just a couple of days away..it was our last few moments and he gave me his gift. A tiny gold heart with a Marine Corp emblem on it.
And then suddenly, he was gone.
...and the time stretched out before us.
A year to the young is a very long time, war is just a word, and danger is never real.

The tiny locket is in my jewelry box, still shiny and bright with promise. It has been there for 56 years this December ..and today is the day he left for Korea...in 1952.
Love,
Mona
Posted by Wsprsweetly Of Cottages at 6:55 PM

Labels: ~a snowy day and my Marine Corp emblem locket...