Ok...the time has come for me to share something with you.  I am going to come out of the closet..which is where I have been hiding for a long time.
By now some of you probaby have guessed that I love to write..I was married to a writer and because of that..stayed away from it.  Besides, I was busy having babies.  Seven of them.  Changing diapers, washing, ironing, cooking, cleaning and even sometimes trying to work outside our home.  Patrick always hated that!
He felt someone should be minding the store...and he was right.  So I did.  Mind the store, that is.
Eventually our little ones grew up..and over time I began to write.
We moved to Santa Maria California and my love affair with writing childrens books became a passion.
However, my stories began to take the form of...nursery rhymes.  I loved it.  I had found my niche and recently these little chests were found again ... 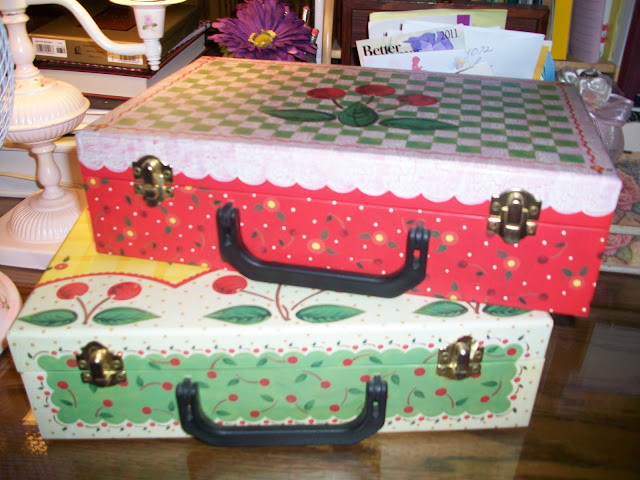 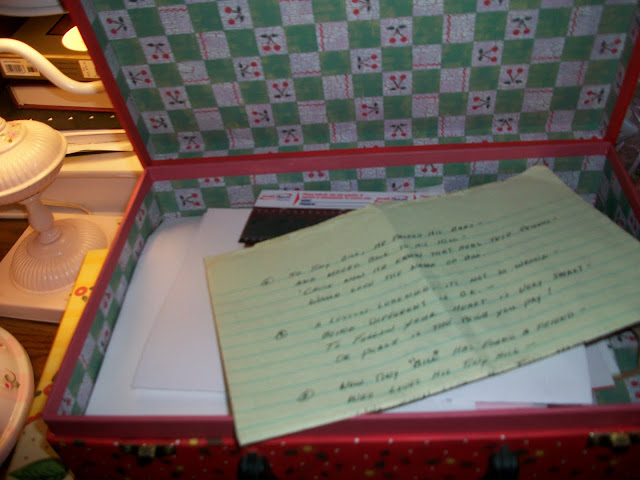 ..I found my lost writings I have been looking for.
So...I thought since I was a wee hung up with blogger's block..I would share my first one with you.  Oh...no!  You have something you have to do?  :)  I don't blame you one bit!
..so..for love of Froggies...here goes...(it's not that long, I promise!)
"Tiny Bill"
Once upon a tiny time
Upon a tiny hill
There lived a tiny little frog
His name was Tiny Bill.
Now all the other little frogs
said Tiny Bill was wrong.
He should not live upon a hill
He should live in the pond.
Now Tiny Bill was very sad
He loved his tiny hill
He did not think the other frogs
Should pick Tiny Bill.
So from his hill moved Tiny Bill
Back to the Froggy pond
But still his friends with downcast eyes
Said something else was wrong!
For heavens sake, what could it be
He had left his lovely hill
They said it was his tiny name
NO froggies were named "Bill"
So Tiny Bill, he packed his bags
And moved back to his hill
Because he knew that real true friends
Would love the name of "Bill"
A lesson learned, it's not so wrong
Being different is okay
To follow your heart is very smart
Or peace is the price you pay.
Now Tiny Bill has found a friend
Who loves his tiny hill
Who even loves his tiny name
Her name is ..Tiny Jill.
Hugs and love,
Mona
P.S.  If you are still here, be kind!  :)  But then you always are!
Posted by Wsprsweetly Of Cottages at 8:46 PM