You see...I didn't forget my camera. I was on the ball and stuck it in my purse.
Right after I arrived at daughter #3's home..she asked if I had brought my camera..

Of course I brought my camera..and I took it out and held it up and to prove it worked..I began snapping pictures. I started with the flowers..then the food...lovely! 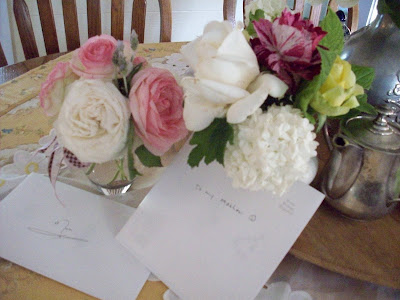 First picture was of a couple of little vases of flowers and cards for ME! :) 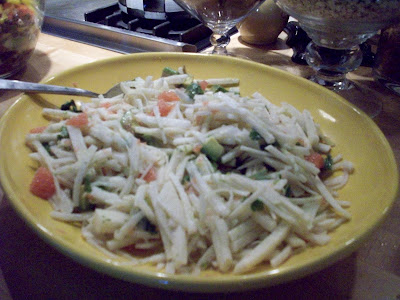 More photo's of food.. (it's my main interest about 6pm. Salad as you can plainly see..but I don't know how to spell the name of the white stuff...jicima?? Something like that...soooo good! Daughter #2 made it. 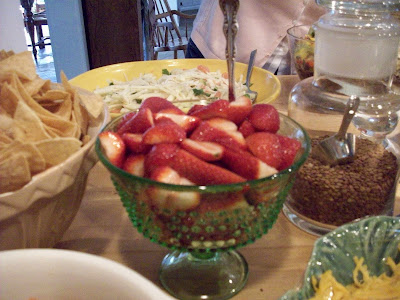 Now I am beginning to recognize ...MY dishes..yes...dishes I had loaned my daughter from...what..Easter? Two Christmas's ago...No..two Easters ago? Whatever... 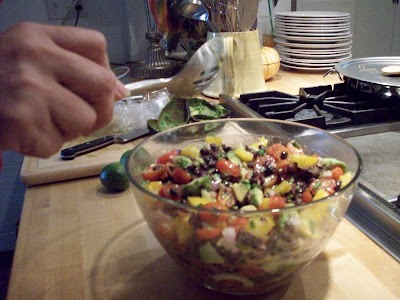 Another wonderful salad..by daughter #2. I must tell you, it's wonderful having daughters! 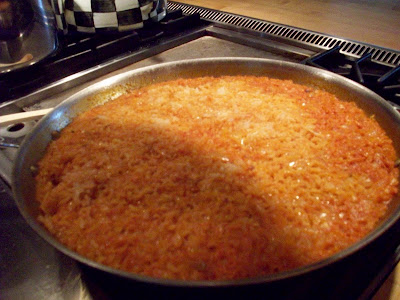 Spanish rice to go with our tortilla's, beans and meat...

I took pictures of the men cooking outside, of all the preparations and all of those pictures are stuck on my new phone also! 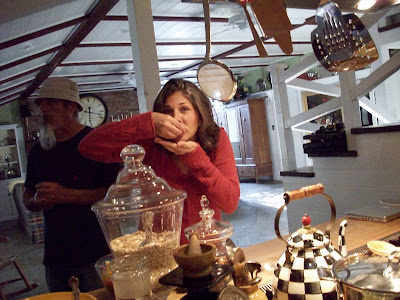 This is second oldest daughter EKM. The hippy in the background with the grunge look is oldest son, Patrick.
I may not know how to transfer the photo's but my camera phone has the cutest sound. Just like an old time Brownie box camera? Do you remember? Of course you don't. If you remembered, I would know your age! :) Darn it! And those were really great pictures too! 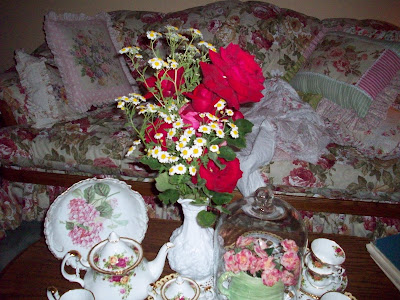 No one was all that happy with me...(of course I'm kidding) but I took all my flowers...the tons of pink ruffled cupcakes, brownies, huge sugar cookies made like tea pots with "Mom" written on them...and the flan!! Yes...a tray of Flan!

Photo's of the men cooking because they did all the meat, etc. and they are ON MY PHONE!@!*&%#

p.s. I just realized I erased half my post...where I told of my camera dying..and using my new phone. Anyway..that's what happened. :) Thus missing pictures. As far as the dialog...who cares. I just prattled on anyway. Bottom line, camera died and I don't know how to get the pictures off my new phone. End of story!! :) If I repeated anything...disregard it. I'm old!
Posted by Wsprsweetly Of Cottages at 9:32 PM